How I Met Claire by ilbv 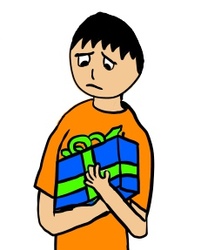 How I Met Claire

Stood up (yet again) on a Date. Some other happy couple was beginning the rest of their lives together and I was lonely, alone, and feeling like no one would ever like or love me. Claire offered her condolences. That’s how we met, not entirely sure how things went from there.

Okay so this is how pathetic I am: I made up a girlfriend. Because I didn’t have one, I made one up for my online self. This was way before I was semi-accepting of my online and perhaps real life/fantasy attraction to male beefcakes, which even to this day (2020)has me in a whirlwind of confusion, self-hate, and on-going struggle.

Claire has been around in my mind since Early 2012, and I remember vividly wanting to debut her in July of that year and I had no art or anything of her, so I held off, and off, and off. Then finally I drew this and was like “awesome I can finally show her to the world” and then I never did. I wanted to better flesh out her character, establish the relationship, grow her, and see what she would be like. How would she react to all of this vore I was getting myself into? I was truthfully embarrassed by the idea. Embarrassed at how my fictional girlfriend would react to her boyfriend being eaten by attractive hunks.

I’ve incorporated her into some of my stories that I’ve never finished or published yet, trying to build on that whole thing and see where it goes. Those projects are pretty much on hiatus and have been for years. No idea when I’ll ever get back to them. This is the only drawing I've ever made of Claire.

Fun fact, I made her uniform suit based on the Dalton Academy Warbler’s Outfit from Glee.