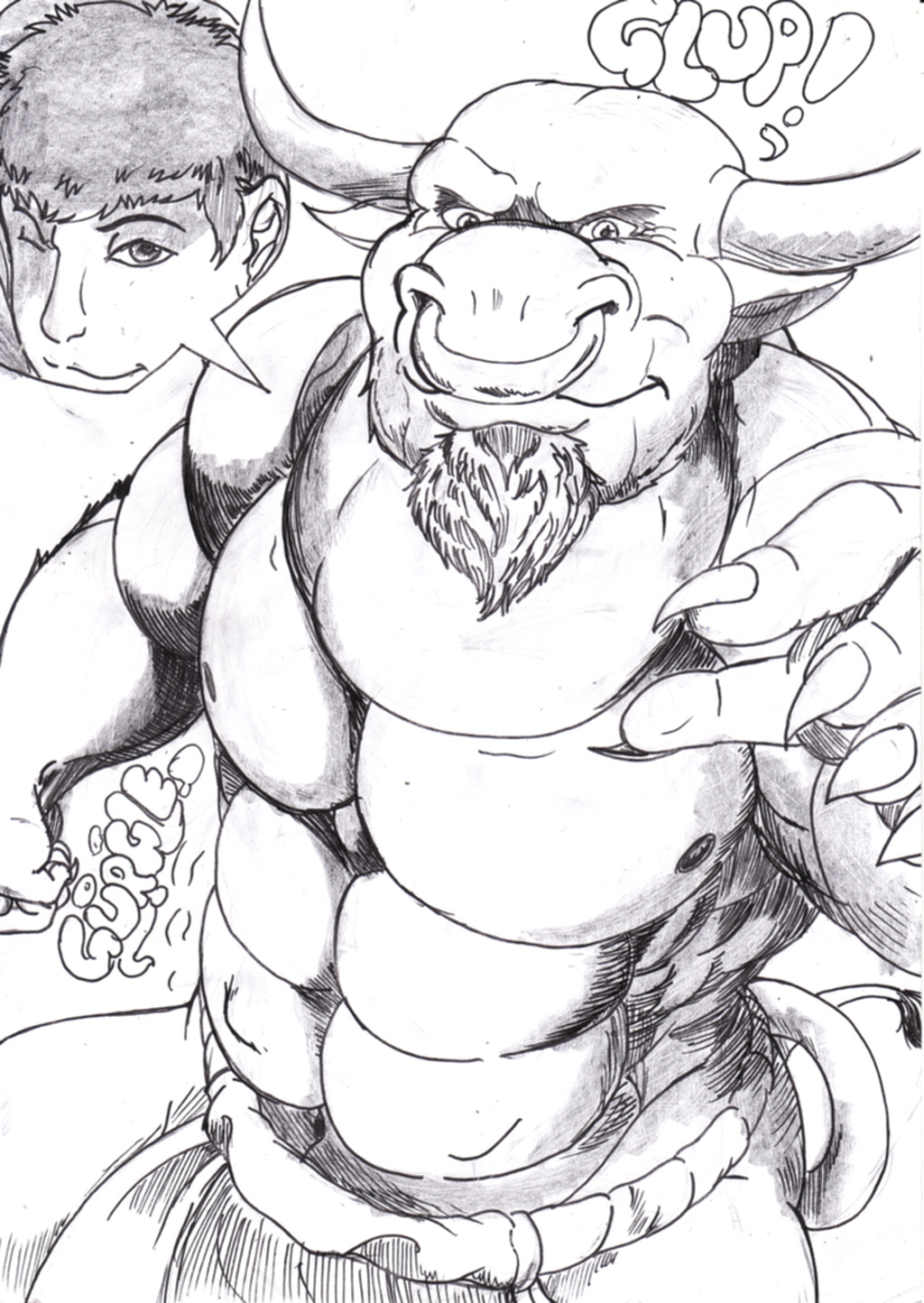 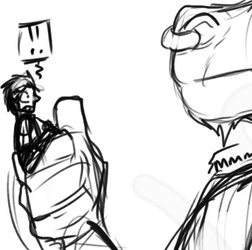 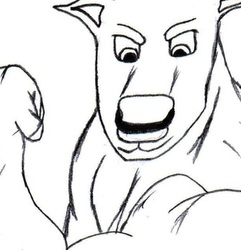 Garth held his human inside his mouth for a little while longer, pressing his tongue into Issac's stomach and slowly rubbing circles around it. Issac gasped and squirmed, it was so warm and slimy inside the maw of the Mighty Minotaur. After he had his fill of flavor, Garth wanted his stomach filled too; he lifted his head and swallowed Issac whole. He slid down rather easily with a gush of saliva and a strong loud GULP and GLURK. As the human fell down Garth's throat at a snail's pace, the Minotaur felt his belly groan and gurgle with anticipation of receiving it's meal. Garth's abs might bulge out for a little while, showing off the containment of his human, unless he shifted his size and grew bigger to hide the fact that he had devoured his precious snack again.