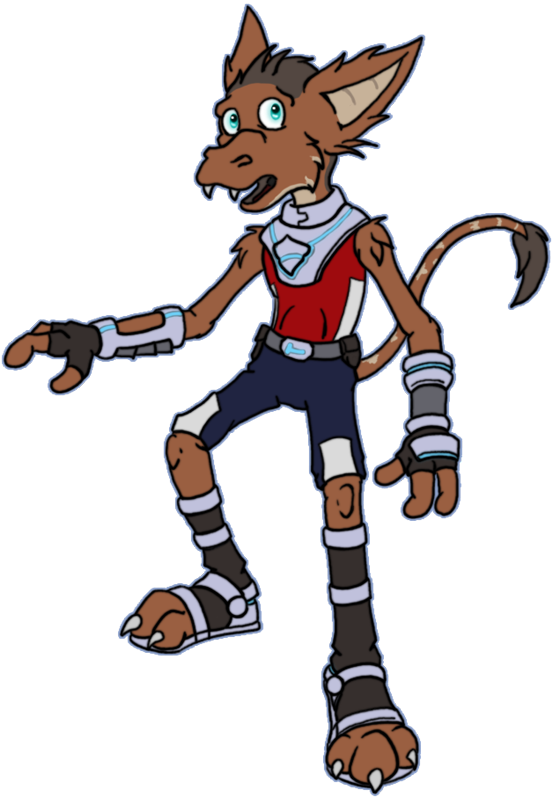 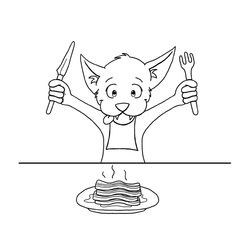 This is a character that I had developed sometime ago that I decided was time to rework, rework and do some actual, finished artwork of.

This character is known as 'Buckle'.
Buckle is a genetically engineered creature, created by the evil scientist Doctor Elliot Bishop of Lab 102, but Buckle was seen as a failed experiment and Bishop wanted to dispose of him, having his lackeys dump him into a river to disappear.
However, Buckle was rescued by a human named Schala Yotal, the daughter of Doctor Enrike Yotal, the head of a small science lab simply known as 'Yotal Laboratories". Schala and her father took care of Buckle and gave him a chance at life.
Buckle lived with the two and learned a lot from them, but then the day came when danger threatened the world and he couldn't sit back; he knew he had to go out and help. Doctor Yotal was against the idea at first, but he finally agreed and helped Buckle by outfitting him with some experimental tech to help him on his task (in Champions Online, the event that spurred Buckle to act was the Qularr invasion of Millennium City, which serves as the tutorial level of the game).

Buckle has no super powers himself, except for some increased regeneration. He was trained in some martial arts by Schala, so he can certainly fight and he is equipped with laser-enhanced fighting claws. The collar/chest device he wears is acts as an interface/communications device (inspired by Dead Space); the glove he wears on his left arm (the power glove, if you will) is a special device that lets Buckle activate and use certain weapons and computer devices and acts as a link up to the Yotal Labs computer systems AI ALIA; and the boots he wears help modify his speed and jumping abilities, increasing his speed and jumping height.

Overall, I'm very happy with his finally look, some parts bug me but they're minor, so it's not too bad. I kept the colors flat for simplicity, though I may still add some shading at a future date, we'll have to see.

Buckle and artwork are mine.