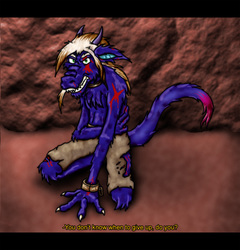 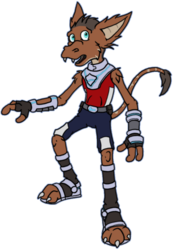 Occasionally I like to play around with Bahamut's look just for fun. Nothing too grand here, something nice and simple, kind of a mix of his normal look and his steampunk look.

Kept the design and shading simple since I was just playing around. I also decided to try make it into a 'sticker' like I tried before; influenced by Keetah Spacecat.

This might be something I will tinker with later, since I forgot his eyebrows. We'll have to see.

Bahamut and artwork are mine.