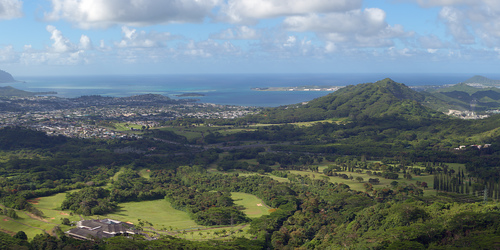 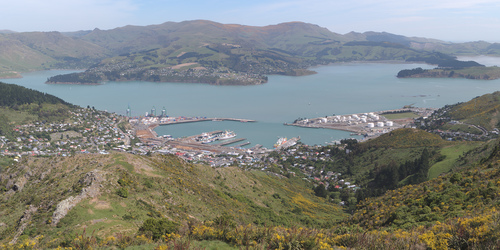 Return of the quick & dirty panorama!

This time we're at the top of Victoria Peak (太平山) in Hong Kong, on a seemingly typical hazy afternoon. Unlike last time, I can actually see stuff (when I did a daytime stopover in March 2014 the place was fogged out).

In the foreground we have the district of Central (中環), the Central Business District of Hong Kong, with Victoria Harbour (維多利亞港) and Kowloon (九龍) in the background.

The lookout up there (Sky Terrace 428) offers 360 degree views, however being in the late afternoon the lighting conditions were unsuitable for shooting on the other side.

A ride on the Peak Tram and admission to Sky Terrace 428 currently costs 83HKD (13.51AUD/10.71USD at time of writing), although it's commonly included with the various bus tours of Hong Kong. It also gets packed.

Photo License: BY-NC-SA 2.5 AU or any later version. Note that I request that this image not be posted to Fur Affinity, however I can not prevent it under the terms of the license. [Why?]