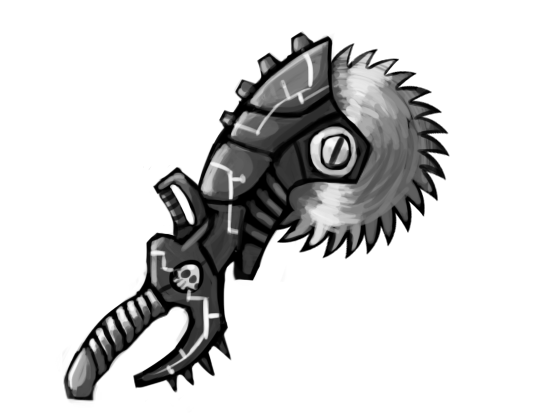 I’ve always wanted to get into WH40k but I have no idea where to start also some of the fans worry me a bit.

well, until i fomrally get into Wh40k here’s a weapon thing I sort of made after perusing images of weapons from the setting.

also apparently i do not have a folder for stuff like this yet. weird.