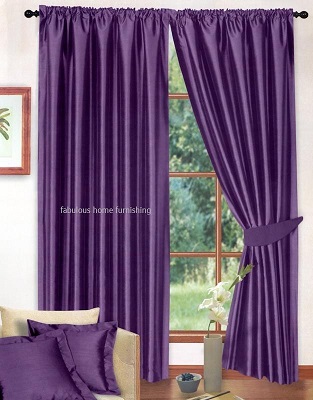 Lisette looked up from her sewing to watch Marie play with her dolls. The little girl shook them about, muttering to herself, then stopped and stared at the boy doll. Turning to Lisette, she said, "Tell me about Daddy."

Francis had left over a year ago to fight on the front. Mari was now three and half, old enough to know she had a father, but not quite old enough to have memories of him.

Lisette looked around the room. What to tell her this time? She pointed to the window. "Your father picked out those curtains," she said with a giggle.

Marie gave her a strange look. "Oh," she said with disinterest, too young to understand the joke, and went back to her dolls.

But really, what kind of man wanted to pick out curtains, let alone royal purple ones? She didn't really like them--they made the room too dark--but she was certain he had picked them to try to make her happy. And now they reminded her of him. What a silly thing to remind me of my husband, she thought. Maybe when he returns, we can get new ones.

If. . . he returns. . . The thought came reluctantly. It used to not come at all, but she hadn't received a letter from Francis in months, and the thought was coming more often.

Lisette took a shuddering breath and returned to her sewing.

Air raid sirens suddenly pierced the air, causing Marie to cry out in surprise. The bombs began to hit even before Lisette could get up from the chair. She could feel their impact in her chest. Oh god, they were close! She managed to stumble to Marie just as the wall behind her exploded. Shards of glass pierced her as she was lifted from her feet and flung across the room, little Marie's screams following her.

The relentless pounding of the bombs continued as Lisette tried to pick herself up, Marie clinging to her arm and sobbing. She turned to Marie in an effort to calm her when another bomb went off nearby, collapsing the weakened house on top of her.

"Marie--!" The call for her daughter turned into a scream as a jolt of pain rocketed up her spine.

"Momma!" Marie clung to her, whimpering and coughing. Lisette patted her daughter for comfort, still awash with too much pain to speak. Marie looked alright, at least. The air felt acrid, and Lisette coughed, too. Pain sparked along her spine again, and she tried to move again but--

Her breath caught in her throat as fear gripped her. Oh Lord, oh God, she couldn't feel her legs!

Her chest heaved, causing her to cough harder, the air scorching her lungs, as she fought to remain calm for both her and her daughter. Marie was coughing, too, and wiping frantically at her eyes. Then Lisette could see the gas as slithered over the debris like an evil mist.

She began to sob in fear and desperation, the tears burning on her cheeks. This was it. This was it, there was no other way.

"Marie," she called softly, her voice shaking. "Do you want to see your Daddy?" Marie didn't stop to consider why her mother was asking this now, and simply nodded. "Close your eyes," Lisette said, the pain in her heart now worse than the pain in her body. She grabbed a nearby curtain, balled it up, and pressed it to Marie's face. It was over surprisingly quick.

I like to play a little game with myself to test out my writing ability. I take a word--any random word--and make a short story of it. Thing is, I don't think about it. I instantly start writing, whatever comes to my head. I fly by the seat of my pants as I'm writing. I never know where the story will go.

I should also note that instant stories are supposed to be short and vague. Otherwise I'll put too much thought into them, and want to work longer, and it won't be so "instant" anymore. XD

Though I will admit I cheated a bit on this one, as I read the comment with the suggested word shortly before I went to bed, and so had more time to think about it. I'd played a game set in WWI all day, and so it influenced me.

So, wanna help me? Pick a word.

As I was posting this, I had an image of the husband standing in the rubble of his house, looking at a piece of purple curtain fluttering in the breeze. Ah, what terrible irony that would be!