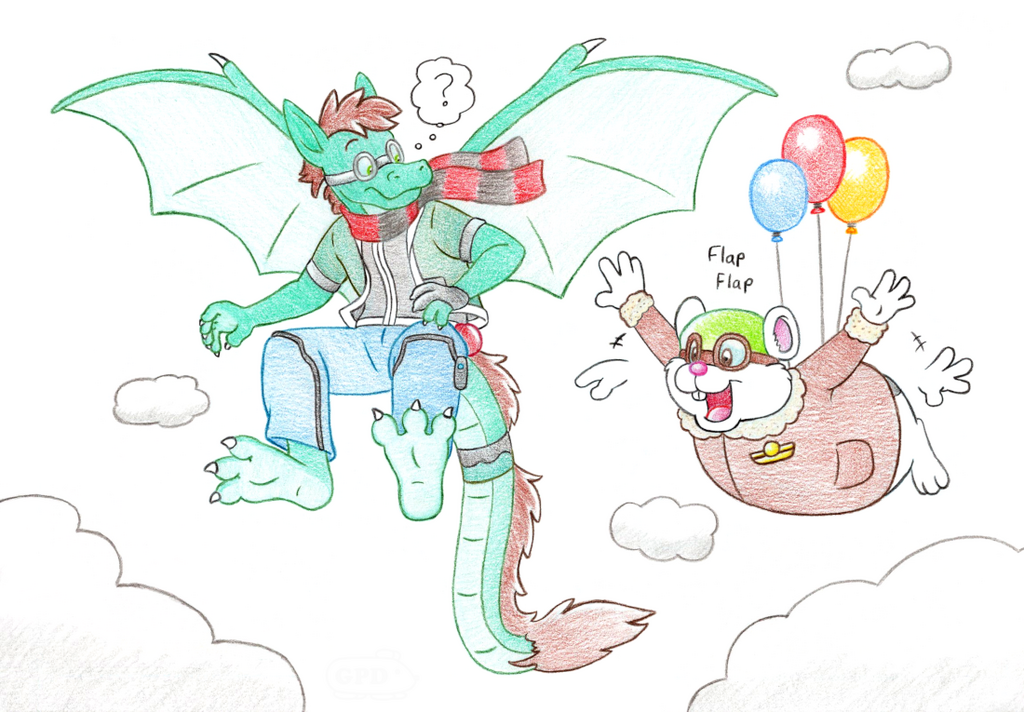 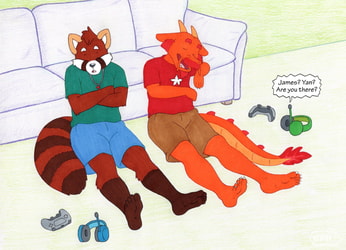 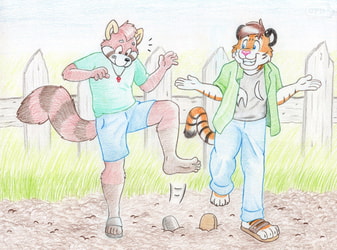 It was ChiefScarneck's birthday last month and I wanted to thank him for the times he helped with Japanese in some of my drawings, so I did another colored pencil drawing similar to the one for Khaiel. Domino saw Raldy take to the skies one afternoon, and he wished he could fly like a dragon. Domino then remembered the Pixar movie Up and decided to try something similar. A few minutes later, Raldy was surprised to see a chubby, flying rodent floating next to him! Domino even tried to imitate Raldy's Digimon tamer goggles by borrowing a pair of World War I flying ace Snoopy goggles. Imitation is the most sincere form of flattery I guess, Raldy thinks to himself.