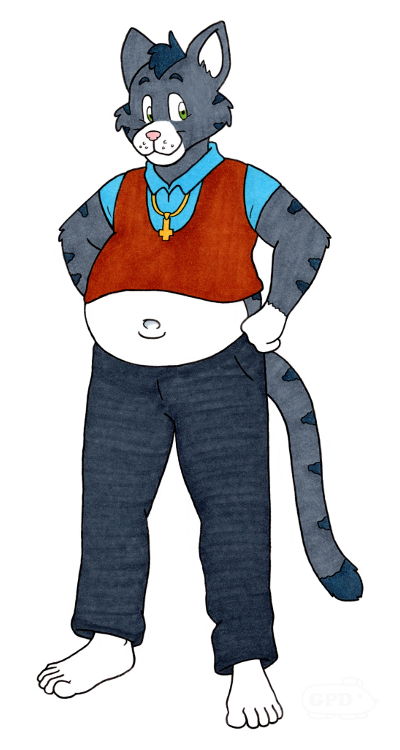 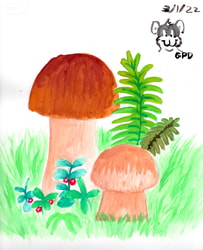 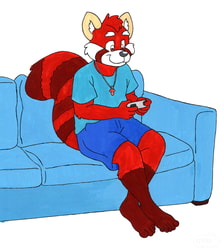 I started this as a sketch I was planning to paint while at a friend's house to try drawing one of my characters in a different medium. However I liked my sketch and I decided to color it with copic markers instead. Peter the cat has gotten a bit chubbier but he doesn't mind that much. He's an admirer of Garfield so he probably sees it as taking after his role model. Maybe I'll use this as a new ref image for Peter? I like drawing him with shorter sleeves.