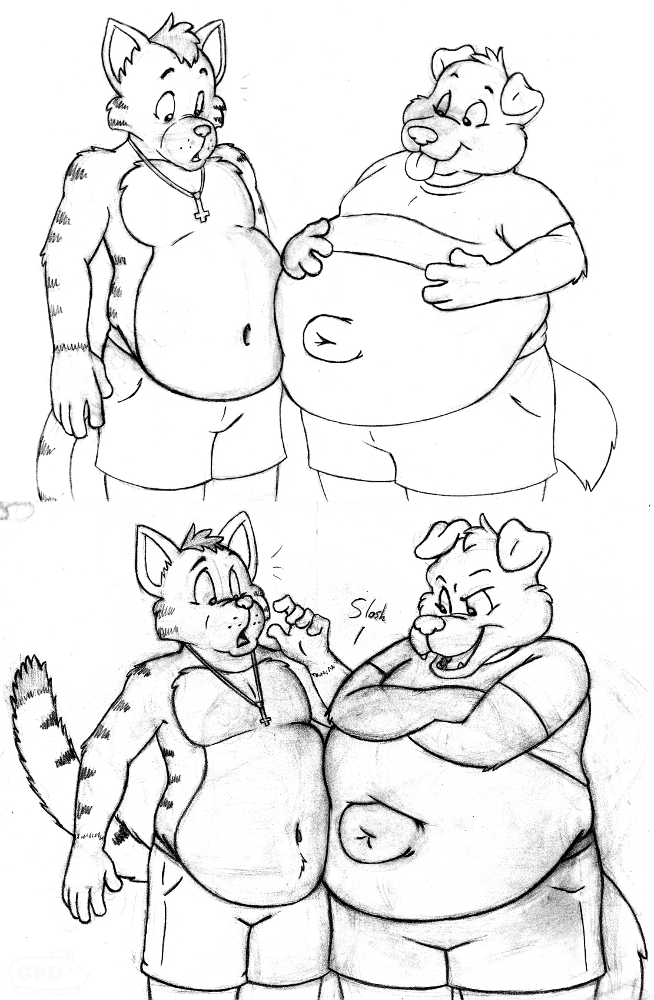 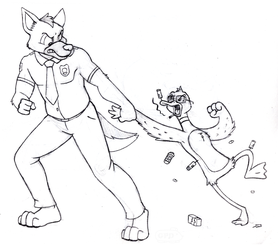 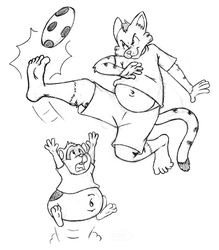 Here's some more old artwork I never posted. The top sketch is dated 4/15/19, and the second one was done while at Further Confusion'20, dated 1/16/20. Even before pandemic quarantines had started, I was beginning to draw Peter a little more chubby. I thought it would be fun to have him compare his mildly chubby gut to Pepper with a really enormous gut. I first sketched this idea out in 2019 and planned to color it, however I didn't like how boring Peter's pose looked and how Chuck's upper body looked too tilted. Months later while at FC'20, I redid the drawing again and I was MUCH happier with this second version. Peter looks more surprised and Pepper looks more judgemental and smug. I was going to digitally color this new version of the drawing... but once again I got caught up with rl stuff and never got around to coloring it. Since it's been over a year, I decided to finally share these WIP sketches before I share a THIRD version of this drawing that I'm working on. I decided to do another do over and make this into my next copic marker drawing. You can see it here! https://www.weasyl.com/~guineapigdan/submissions/2032263/close-contact-copic-bellies