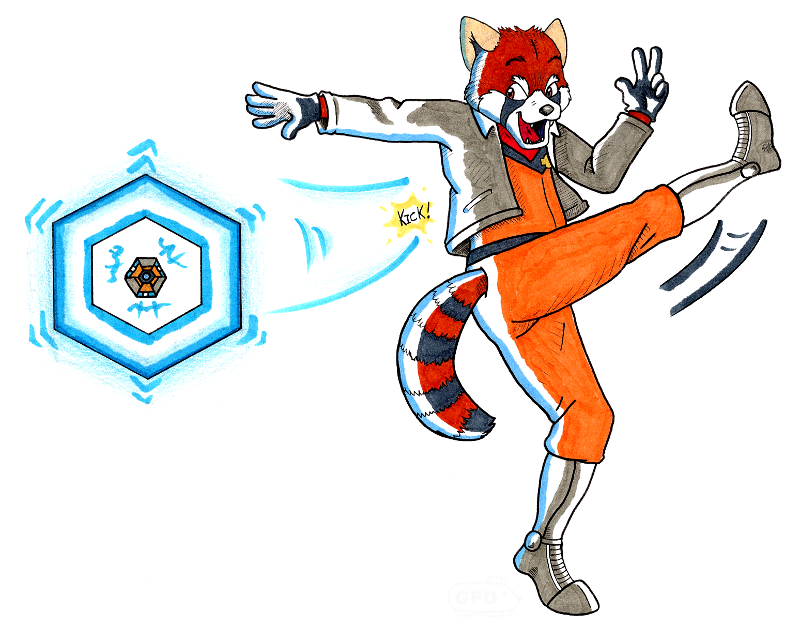 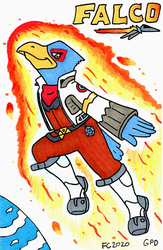 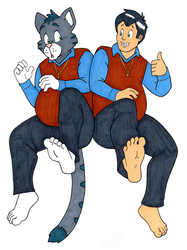 Sorry, this isn't James McCloud! This is my red panda James instead. A while back I did some Star Fox fan art of my own characters dressed like Fox and Falco as they appeared in Star Fox Zero. https://www.weasyl.com/~guineapigdan/submissions/1516734/star-furry-zero I really liked how that came out and then I had an idea to do something more throwback, drawing one of my characters doing an attack from Smash Bros (Falco kicking his Reflector/Shine) but in the style of the 90s Nintendo Power Star Fox comic. Instead of doing this drawing digitally, I drew it on Bristol paper with copic markers and colored pencils to give it a more traditional comic book look. It's nice doing some colored artwork that doesn't involve managing dozens of layers on a computer screen.

The kicking pose is based on Falco from Smash 4 rather than Smash Ultimate. I tried acting this kick out for real while working on this drawing as reference, and it looks really silly when you try to do it for real.