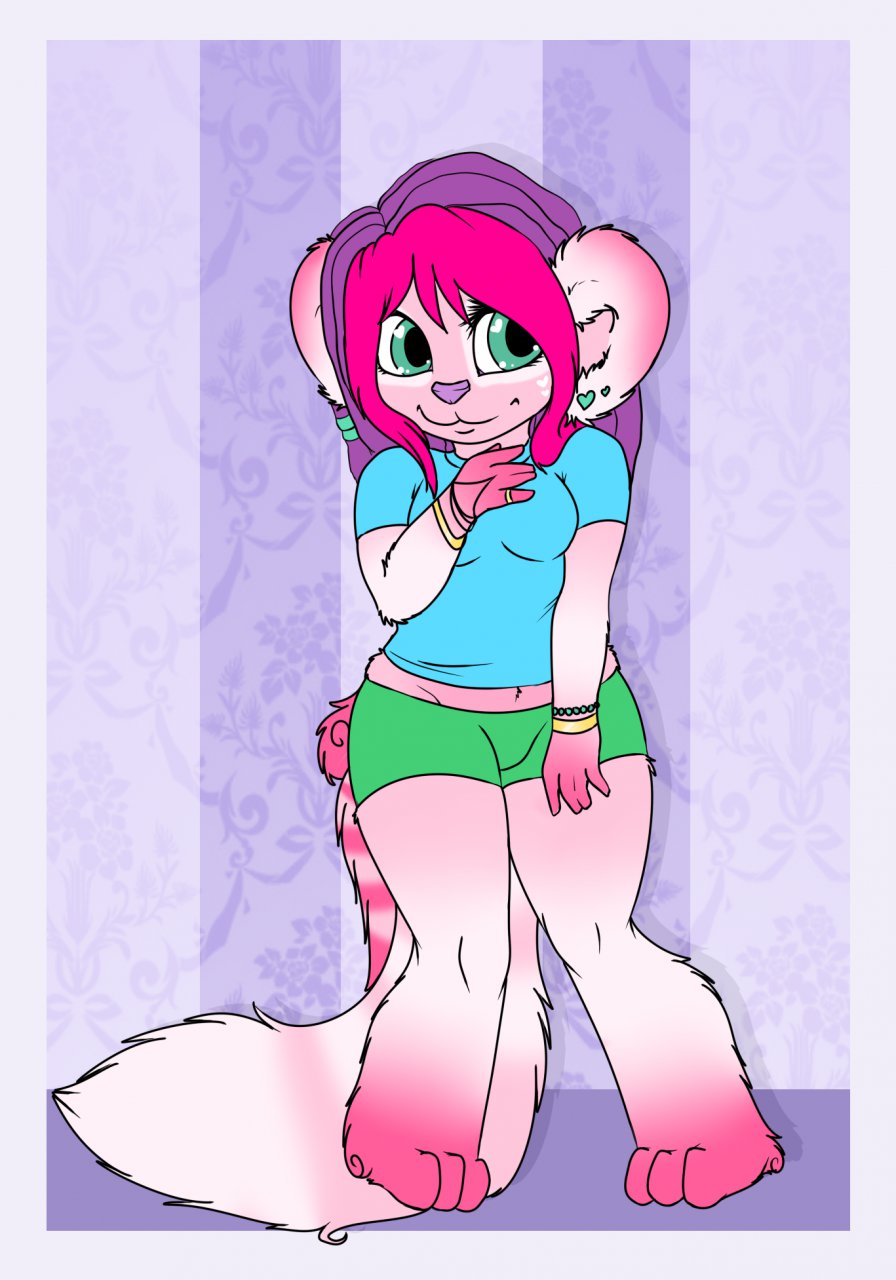 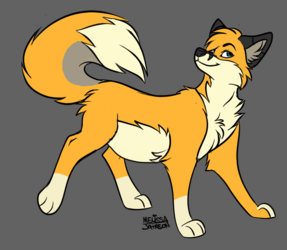 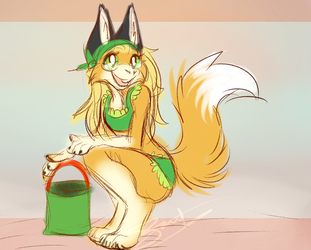 cute lil panda-cat hybrid I adopted from Vanishing.act I don't know too much about her yet but I fell in love with her as soon as I saw her. Just look at those big, fluffy ears! She's got three cute lil tails, too, which is just kinda neat.

Megan the panda-cat belongs to yours truly.

Personality:
Outwardly, Megan is a cheerful, sugary sweet girl who, it seems, has no temper to lose. She is gregarious and friendly, and she thrives on attention and social outings. It is a mistake to underestimate her, however. Under her bubbly exterior is a core of iron that has seen her through the many trials of her life. Though she is never cruel or vindictive, she can be a dangerous opponent if threatened and she will fight to the death to protect her friends.

History:
Megan rarely speaks of her past. It is known that her parents met a gruesome fate when she was only six years old and that, afterward, she was raised by a silver fox vixen named Amanda, who was a friend of her parents. Megan currently lives on the island of Viridis where she works as a jeweler and silver-smith, and does her best to keep her nose out of the local power struggles.

Body:
Megan is a short, petitely built girl, measuring no more than 4'5" tall. She is slightly pudgy with modest sized breasts and generous amounts of fluff all over. Her fur is thick and soft, and she takes pains to keep it immaculate. She has three tails, one short, stubby tail, one of moderate length, and one long and enormously fluffy tail. She is both proud of these, and a bit sensitive about them as well. Her eyes are sea green and her hair is purple and hot pink. Though whether this is natural coloring or dye, she will not say.

Clothing:
She favors short-sleeved tops and shorts or skirts. On particularly hot days, she will forgo clothing altogether, for fear of overheating. In the winter, she wears tunics and trousers, the same as most inhabitants of Viridis, or elegant dresses of her own design.

Accessories:
She always wears lots of jewelry, and is particularly fond of her large collection of bracelets and rings. Since she is slightly myopic, she should wear glasses, but she often chooses not to for reasons of vanity.