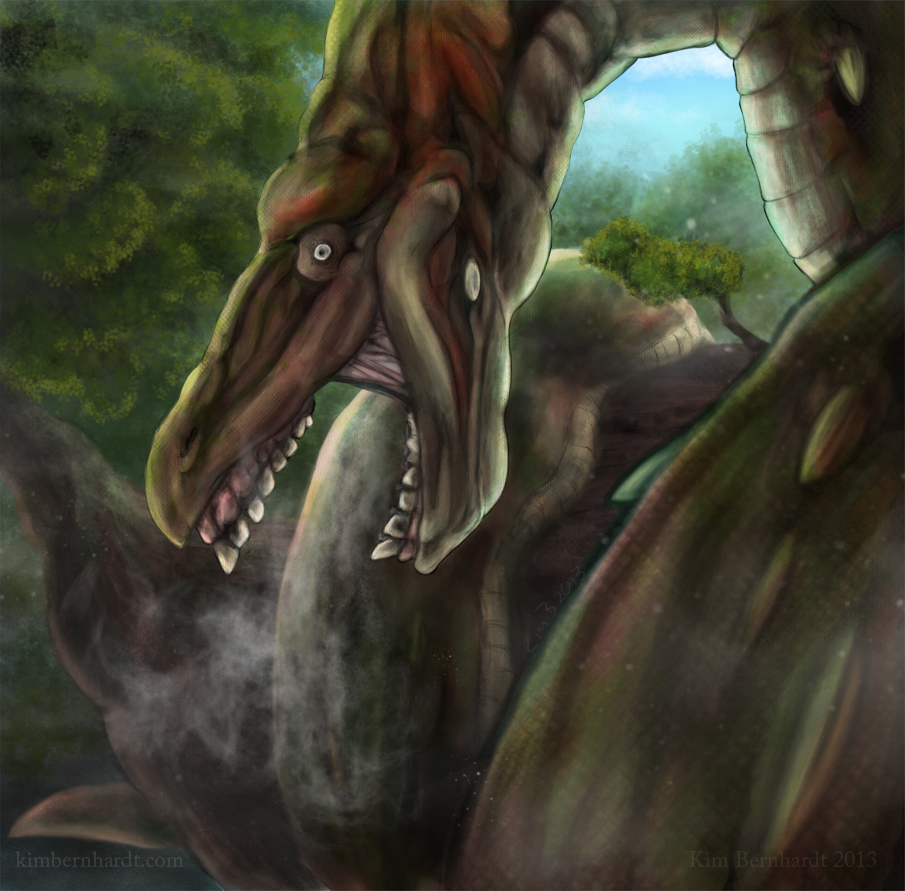 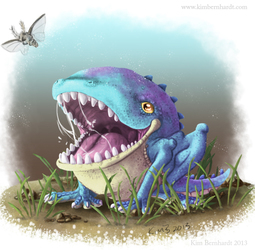 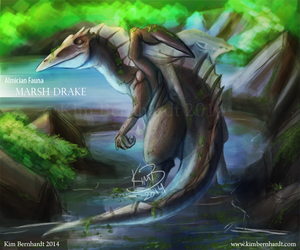 Oyrthirn are reptiles that inhabit all types of environments, each adapted to their specific habitat. Arboreal Oyrthirn such as this one often make a large tree that can support their massive frames their home for life. These reptiles eat primarily other animals but will not pass up fruits, roots, or anything else they can find that is edible.

The spines, a constant on all species, are mostly vestigial, a remnant from the originally underground-only species, do help somewhat in gripping branches. This particular sub-species have begun to evolve so that their spines lay flat on their bodies, turning into hardened scales that do indeed help them maneuver better.

Arboreal Oyrthirn reach up to lengths of 25 feet and live in temperate climates (tropical varieties also exist, however, they are exclusively called 'Jungle Oyrthirn' and vary from their temperate climate brethren in color, spine structures, skull structure).