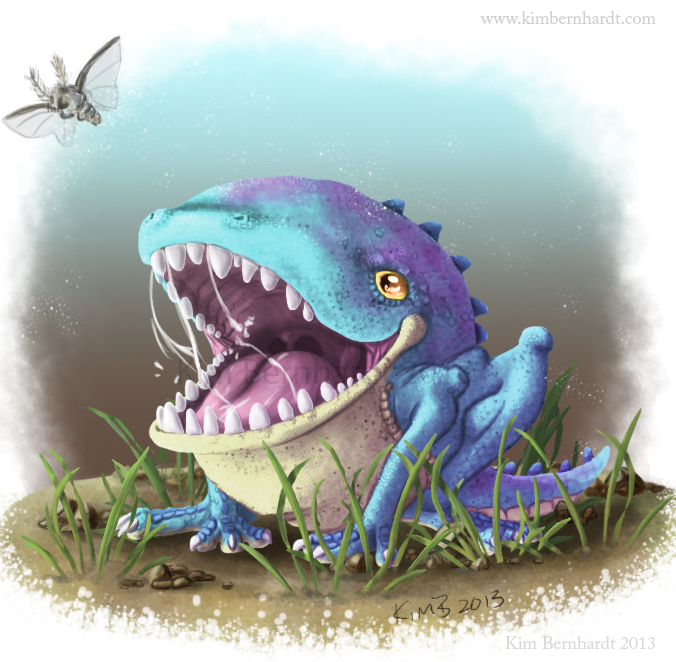 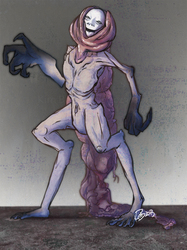 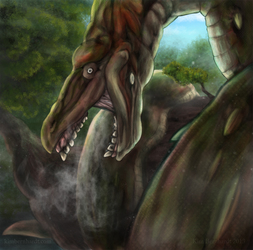 Frogdragons are semi-aquatic, small reptiles that inhabit temperate and tropical regions. Like frogs they can leap significant distances. Their round bodies however cause their landings to be less than elegant often causing them to roll further than they intend.

Their diets consist of insects, fish, and small mammals. Occasionally they will attack and eat small and baby birds that wander in their path.

Frogdragons are relatively lax in nature but will not hesitate to bite anyone who attempts to pick one up. Small children are often drawn to their brightly colored bodies and end up being bitten. Some sub-species have been domesticated and have had their biting habits bred out of them.

These reptiles grow to be about the same size as a goliath bullfrog. Coloration depends on habitat however they always have brightly colored backs and sandy bellies. Their glistening scales help to lure curious animals in and then attack.

[Insect depicted in a Scale-Scatter Moth]