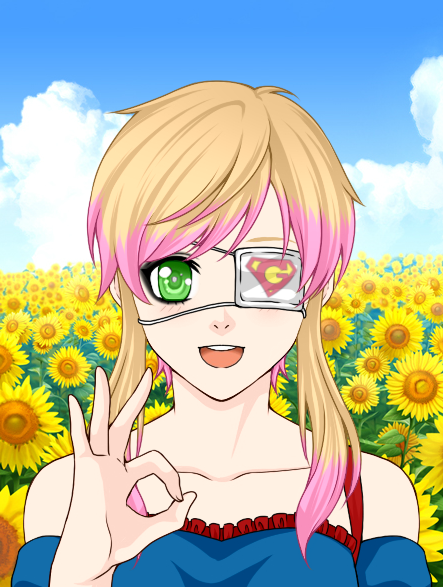 It has been a while since I have uploaded something here or anywhere else.
(Too) many things have happened and lately, a major one has "hit" me. I'm not really going to details because I already know that nobody will be interested. Though, in order to try to accept it and also to keep my mind away from too many negative stuffs, I tried to find a way to "use" it and have it shown a good enough way.

And that's the result, with the help of an online generator of anime character and also the help of ShadowPencil to make it look even better. And then I very lightly edited it to add the Super G logo.

No nekomimi (cat ears), I wanted it to be as much as possible resembling who I am in real life. And despite the anime style (and the Super G logo, for now), it is.

This is a very unexpected start for the new year, I just wish I could get a bit more support to go through all that.
Though, thanks a lot for the two persons (Fyxe and ShadowPencil) who showed me some care and gave support too.

Art by Prince Of Redroses
Game/Generator by Rinmaru