Assassin in training (pants) by Ghostbear 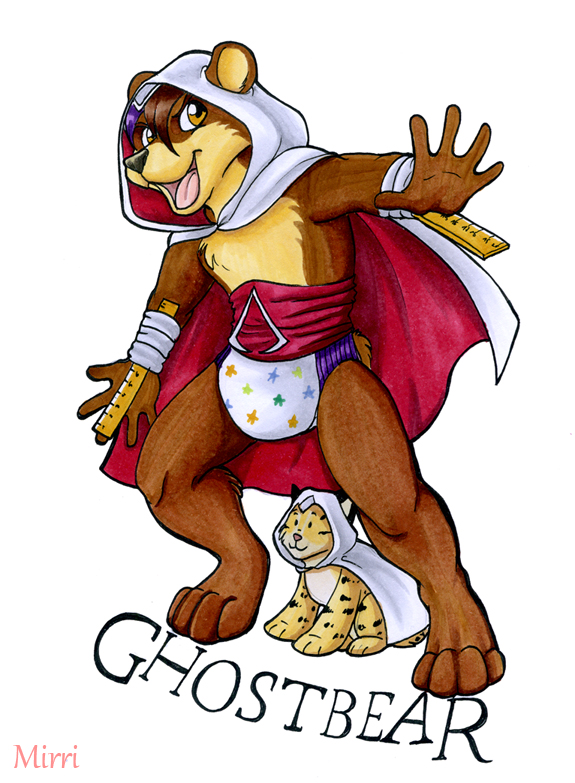 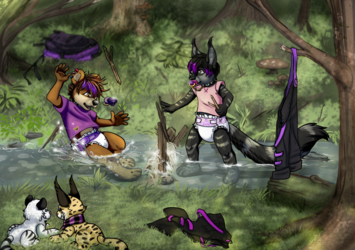 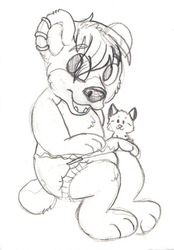 Little Sascha loves to dress up as his favorite characters. Be it a jedi, Commander Shepard or like his favorite assassin Ezio.
(And yes, he is very aware that he should not play those games in the first place ^^' And he's not very good at it anyway ).
He might have forgotten his pants and even forgot to put on a shirt.
But he got his hood, his sash with the assassin crest and his fearsome hidden blades.
Well they are in fact two rulers tied to his wrists... but that did not stop him from playing. Childlike imagination is all you need.
Even Sammy got his own assassin hood as Sascha's trusted companion and side kick.
The Templars won't stand a chance.

Awesome badge I commissioned from the talented

dragonmirri.
Usually I commission her directly at her table in the dealers den at the Eurofurence as some kind of "tradition". Sadly I was not able to attend the con this year, due to my move I talked about in my journals, but I wanted to uphold the tradition of getting a badge from her like the years before.
And here it is. Little Ghosty dressed up as an assassin.
Sweeet, cute and slightly hilarious
Thank you very much, Mirri!