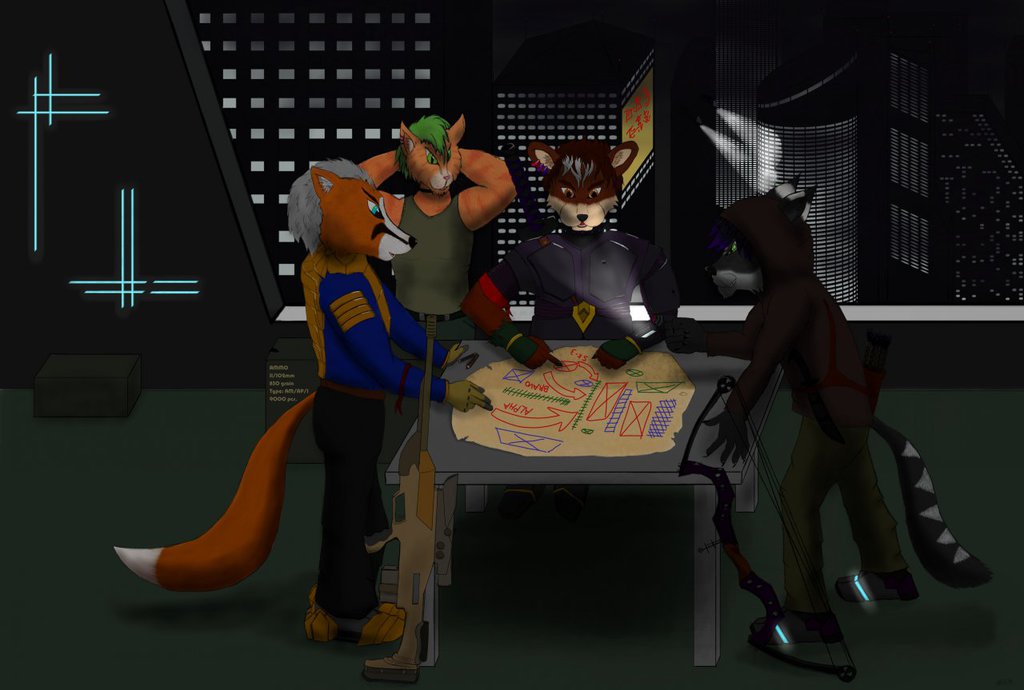 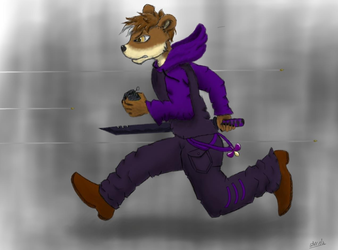 Low music was playing in the abandoned flat in one of the countless skyscrapers in the megacity. Some old band from the 21th century named Seabound. A band Sascha was particulary fond of.
But music was not the only noise in the room, it was also filled with voices.
"..and then Alpha will draw their fire, while Beta will take point at the old Refueling station here. Once Beta has established a perimeter Alpha will fall back to this position. That should piss them off enough to charge at us.
That's when you come in, little brother. Once they charge you will flank them. They will be caught in the crossfire between you, Beta and me. We wipe them out, move in and provide cover for Cayman until she is done with the mainframe."
Sascha's voice was calm, but cold, resonating with a commanding undertone. His elite military training had taken over long ago and he was fully switched into commando mode.
"Yes. Finally. They will never know what hit them!" The voice of his "brother", a black striped cat hybrid named Kuraiko, was a bit more emotional than the bear hybrid's voice. His hate for the BR megacorp was almost palpable. Still Sascha knew that he could trust him and his excellent aim without hesitation.
"Can you hold out long enough until Cay and the rest of Beta can get into position?" Cobalt, Ghostbear's second in command sounded a bit concerned. It was a bold plan and if it worked it would deal another painfull blow to BR. Still, the risk was high and it all depended on Sascha's small team to hold position long enough.
"Yeah, I think we can manage. Drifter's drones can protect me. As long as our little kitten will stay in the background I'm quite confident that we can pull that off. Besides ..." The short bear hybrid patted the chestplate of his medium battle armor. „...that will provide some extra protection. Just don't dally, it will get pretty ugly, pretty fast."
"Don't worry. Ghostbear. We will be there. Even if I have to drag them with me by the scruff of their necks"
"That won't be necessary. We all have the same enemy here." Another voice cut in, belonging to a tall, silver haired red fox. Xavier "Argent" Renard was the leader of the mercenary group that supported Sascha's Spectre group for this mission. "We agreed to help you and we will do our job."
"I know, Argent, sorry .. I was just teasing."
"Allright, knock it off you two. We all have our assignments. Let's try and get some sleep.“ A smile appeared on Sascha's face as he pointed at the two sleeping figures in the corner of the room. Both felines had curled up with each other, with the younger lynx sleeping peacefully on Kaylee's belly. „I think our two techies already had the right idea.
Everyone .. dismissed. See you tomorrow at 0400 sharp."

Hell yes. o.o'
Arovaq really outdid himself with this one. An amazingly complex gift art, featuring my freelancer bear (this time with some nifty battle armor), my other story character Daniel (the red tabby cat) and my little brother  kuraiko. Plus an formerly unknown fox in some very nice looking combat gear.
I really like the scene aaaaand the cool lighting.
Thank you soooooooooooooo very much for this awesome gift! You're crazy, you know that?
Thankies hugs

People, please yay him for that :3