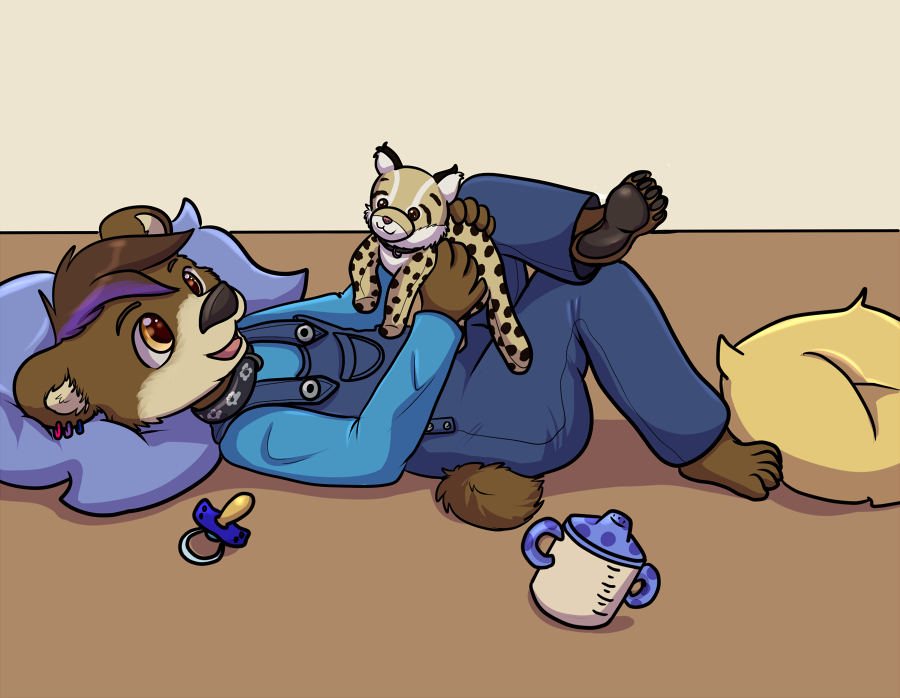 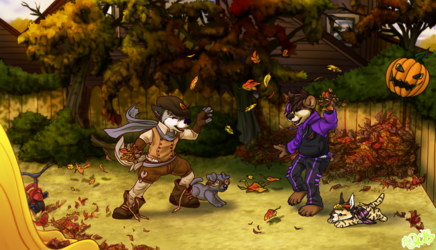 "Well Sammy, what do you think? That was an awesome day, wasn't it?"
Lying on his back in his comfy and pretty padded looking overalls, Sascha set down his sippy cup and pacifier and exchanged them his his favorite plushie. Holding him in both paws he ruffled the lynxes' faux fur.
Sammy seemed to agree and smiled down on his little ursine owner.
"And I'm sure tomorrow will be awesome, too"

That cute picture was part of  toddlergirl's big charity project. And despite having such a high workload the picture came out just great. I really love the way Gem captured the carefree, playful scene. I love it.
So play give her lots of love .. both for the picture and for her charity event.
Thankieees ^_^