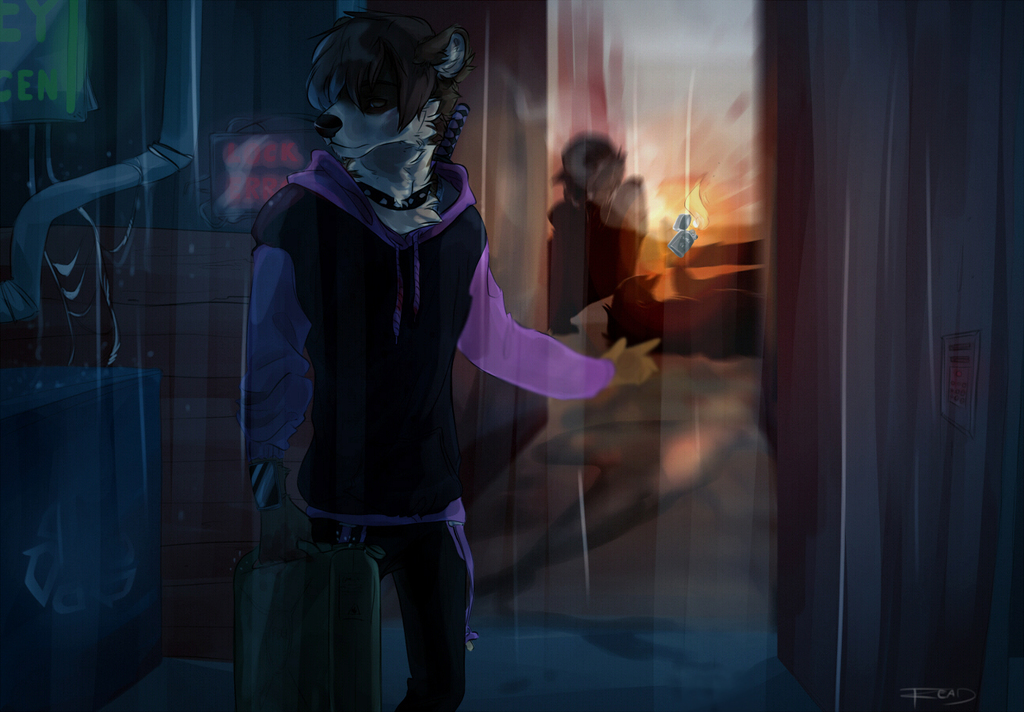 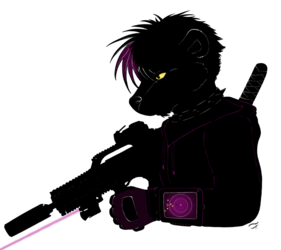 Coldly and again without any emotion on his young face, Sascha flipped open an old storm lighter.
A song came to his mind, one that was among his favorites in his playlist, from a 21th century band called Mesh.

"Firefly…" He mumbled, then tossed in the lighter.

A very dark, quite person piece of my freelancer fursona... and a scene that was one of defining moments in my fursona's life.
The struggle between the cold and hard Commando and the soft caring side of the teenager he should never have been.
Intense and beautifully drawn by the amazing read
Thank you very much, you really did an outstanding job.
Thankies!!