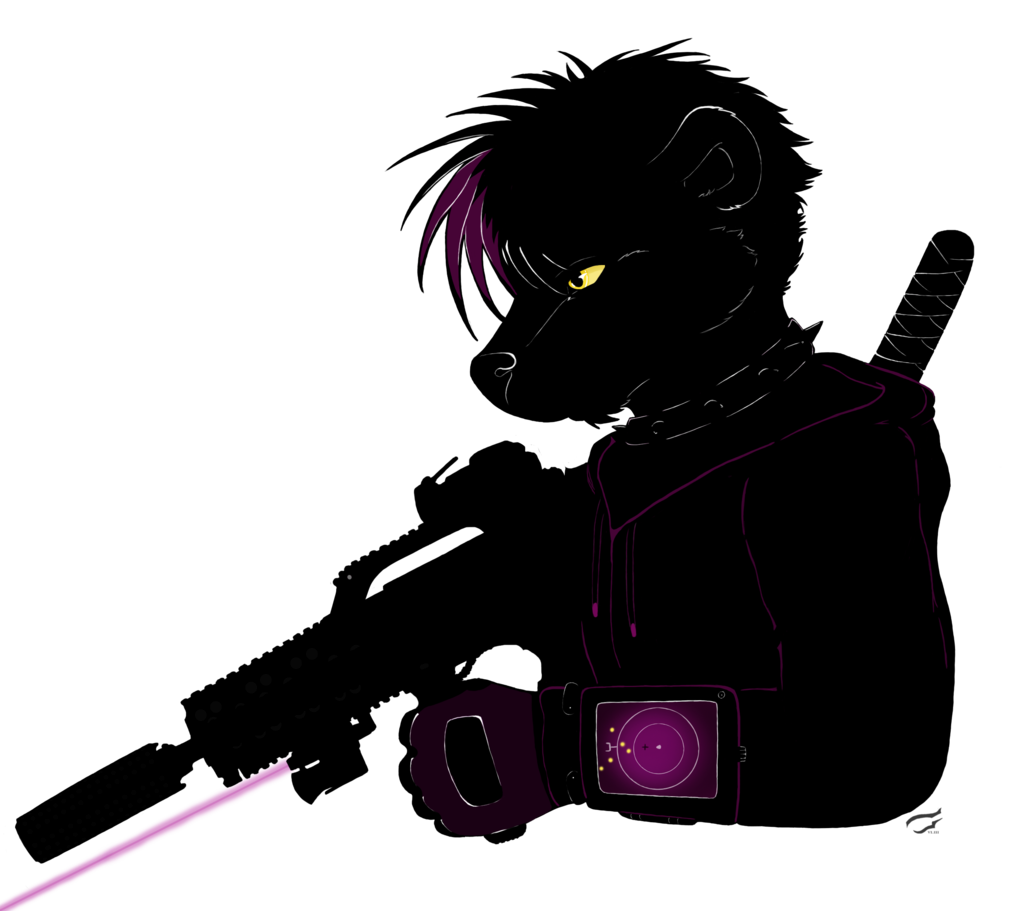 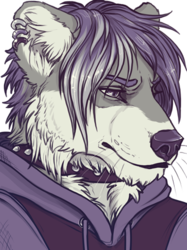 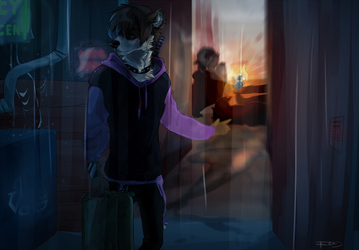 "Spectre 2 to Spectre Lead. I'm in position. I have a good vision on the target area. Ready on your mark."
Sascha allowed himself a cold smile as the calm voice of Daniel aka Cobalt, his Marksman and friend, sounded in his earpiece.
"Acknowledged Spectre 2. As soon as the target shows up, fire at will. Don't wait for my command. Make sure he goes down, but avoid civilian casualties. We might be in gang controlled territory now, but it's still a populated area."
"Roger. I'll take a clean shot." The red-tabby's voice still sounded unconcerned, like he was ordering dinner, and Sascha trusted his abilities and level-headedness.
"Spectre 4, status."
"2 Drones are in the air and ready. I'm in the SUV to get Dan the heck out, once everything turns into a hullabaloo." Ryan's youthful voice, in contrast, had an exited, slight frightened and pretty adrenaline spiked undertone.
"Into a ... what?"
"Kerfuffle... mess."
With a groan he shook his at the youngest member of his Spectre team, the teen-aged lynx kitten Ryan, who served as their tech specialist and driver.
"Radio discipline, Drifter." he replied sternly, as his military grade augmentations had already switched him into combat mode, dampening his emotions. Necessary as his part of the plan would require a lot shooting and needed to stay calm under fire "Cover Cobalt, get him out, then circle around and get me."
"Yessir."
"Spectre 1 this is Cayman. Alarm grid is off, their Netrunner is down. Five targets headed your way, closing fast. I'll update your scanner. Be careful!"
"Copy that. Spectre team, stay safe. I want everybody back in one piece."
The face of the bear hybrid even turned a good deal colder, as five blips appeared on the screen of his wristcomp, closing in.
So far everything went according to plan. As the team's own netrunner, the cheetah girl Kaylee, had taken out the enemy computer system, and some of their guards were now on their way to check out the situation.
Sascha's fast and brutal counterattack should throw the security into disarray, triggering a panic reaction, resulting into a less coordinated retreat. Then Daniel could take his shot at their main target and hopefully get out, protected by Drifter's combat drones.
Not ideal as they were still outnumbered and the ursine would have to face a good part of security on his own, but it was still much better than trying to force their way through the main doors and against the bulk of their forces.
Suddenly, the blips were very close.
Coldly he turned on the laser on his modified assault rifle, linked to his implanted targeting system and switched the fire selector to a 3-round burst.
"Here they come."

Awesome Silhouette commission by my friend and talented artist  siobhan as part of her inspired Naturama project.
Please visit http://naturama-projekt.org/en/naturama.php for more information about that cool charity project. :)
Thank you so very much, I'm really happy with the picture, it turned out great.