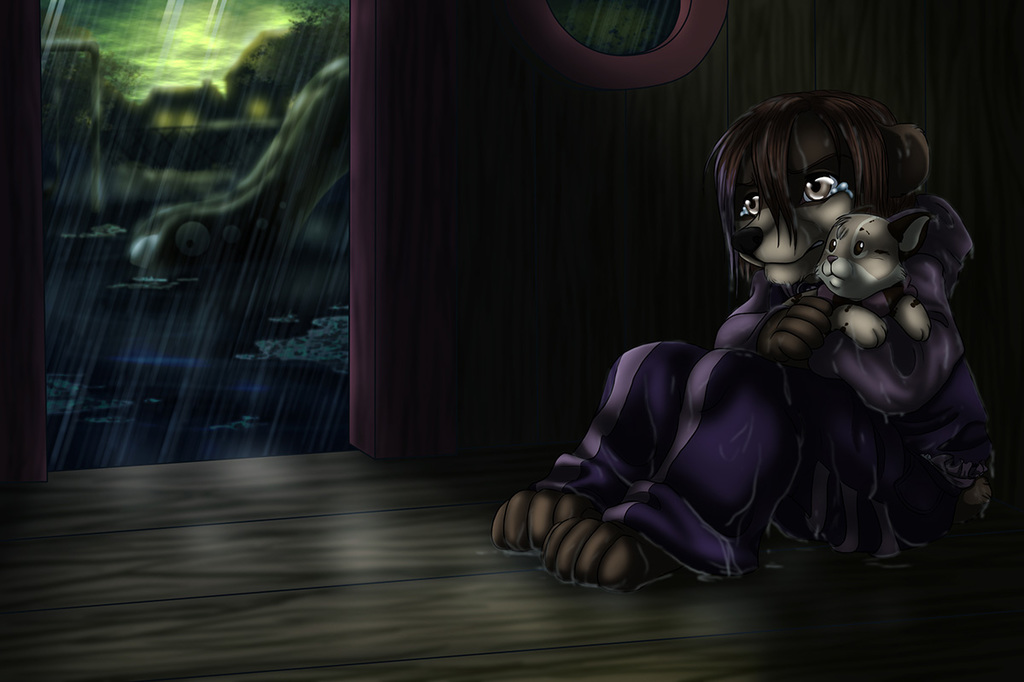 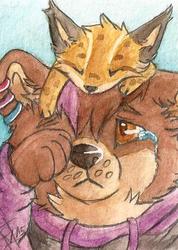 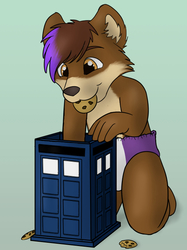 This day has been going down the drain right from the start for the little bear hybrid.
School wasn't great to start with, getting into some kind of argument somebody on the school yard and if that wasn't enough, he managed to make a fool out of himself right in front of the class and he began to sniffle.
That triggered a series of laughter and Sascha was seriously getting picked on by some of the other kids. Getting called a crybaby by his classmates, both because of his tears, his plush lynx he always carried around in his backback and because he was still padded (which normally isn't much of a deal) wasn't really helping the situation. And sadly his brother Kuraiko wasn't around to support or at least comfort him either.
As soon as school was over he bolted out of the school building without looking back and headed straight for the old playground.
Ever since the new, big playground was built near his home about a year ago, this one wasn't really used anymore by the children. It was small, worn down and not very nice to look at it anymore, but at least it offered the little ursine some privacy.
He climbed into one of the cubby-houses, took Sammy out of his backpack, snuggled up to him and just stewed for while, pouting, while he was telling Sammy all about his bad day.

After about an hour however it suddenly went dark. Still it took Sascha a few minutes to notice and when he finally peeked out of his hidey hole, fat black clouds were already all over him and he could already hear thunder rumbling in the sky.
"Shitshitshitshit..." mumbling a series of profanities which would usually earn him a good telling off, he stuffed Sammy in his waterproof backpack, climbed out and took off, hoping to reach his home in time.
It was quite some distance and he wasn't getting very far. Just behind the next corner the sky opened up and heavy rain was pouring down, drenching the little cub from head to toe. With home being out of reach he bolted back to the playground and crawled into the same cubby house as earlier.
Sascha took Sammy out of his backpack and curled up with him into a tight ball. And while Sammy didn't like getting wet, he knew his little owner was in dire need of some comfort. The plush lynx seemed to hav a very sympathetic look on his face as Sascha cuddled him close.
And now the bear hybrid was sitting there, staring out into the downpour.
Soaked to the bone, cold, shivering and alone he only wanted to go home again. It didn't take long until the tears started and he started crying into Sammy's fur, waiting for the storm to calm down again

dragonmirri
It's ways fun to commission her and he does great work and captured the atmosphere and thelighting just perfectly. Awesome!
Thank you so very much, I love it!

(And please, I don't want to hear anything about neglectful parents or something. I'm sure somebody will drop by soon, take him home, dry him off, give him some hot cacao and cheer him up again)