Dragons on Tuftex 24" balloons by Gato303 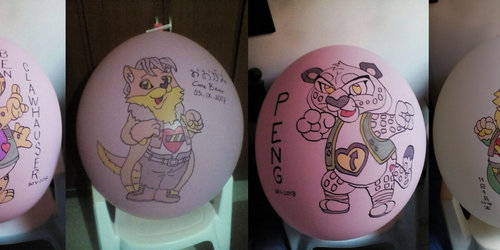 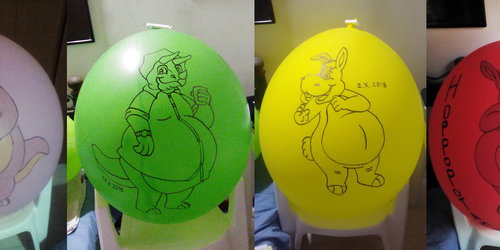 Another series of drawings on 24" (~61cm) balloons of the Tuftex brand.

First and last, is my OC Stan (Stanislav) the dragon Dog, based on the Jabberwocky seen on animated movie "Care Bears in Wonderland" and the one seen in an episode of "The Real Ghostbusters".

Second from the left, is the adorable chubby Disney dragoness Nelly, that appears in an episode of Quack Pack (never seen the cartoon anyway...), but I love her character design, so here she is.

Third one is Elliot the dragon from Disney movie "Pete's Dragon" from 1977, used :iconBoru27: drawing as reference: https://www.furaffinity.net/view/23713084/