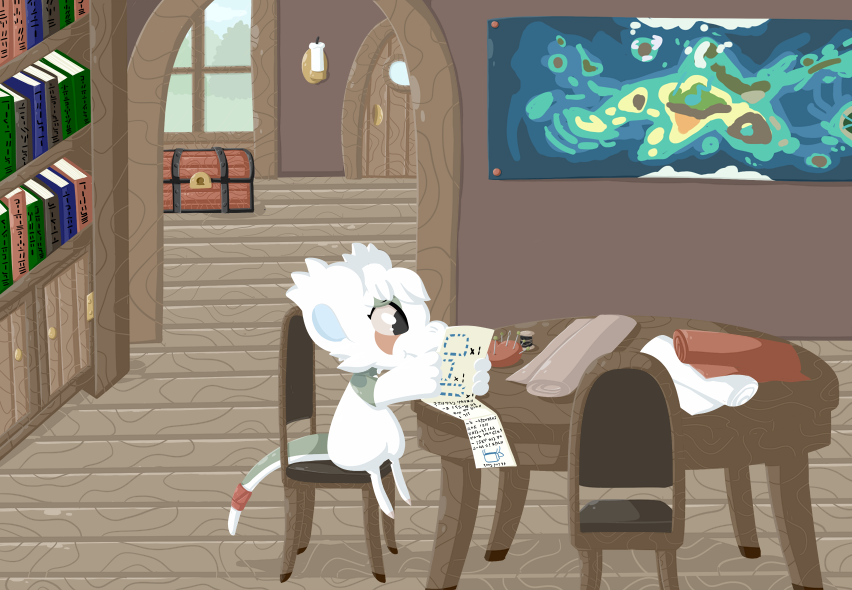 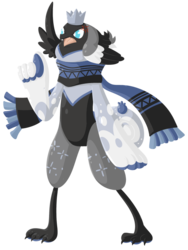 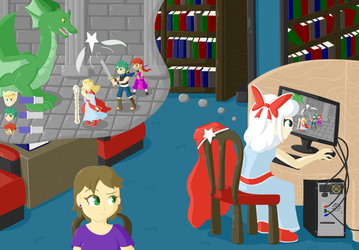 Bags are a big part of Bagbean culture, but Skein had problems with making her first bag. She could have asked her caretaker, Quest, and he'd have been totally willing to... but she didn't want to bother him! Quest was a good caretaker and always willing to help, but he was also an explorer and frequently obsessed with his own things. Skein didn't want to bother him with something she could figure out on her own. She had instructions, after all! Even if she had some trouble understanding them.

In other words, Skein already had problems asking for help as a sprout (aka a young Bagbean), she didn't want to inconvenience anyone. Or make them think she was needy. On the upside, she did manage to successfully make her own bag! And it only fell apart once or twice before she mastered the proper stitching!

PS - The map on the wall is based/heavily referenced on the official Beania (Skein's home continent in the world of Griffia) map made by http://griffsnuff.deviantart.com !