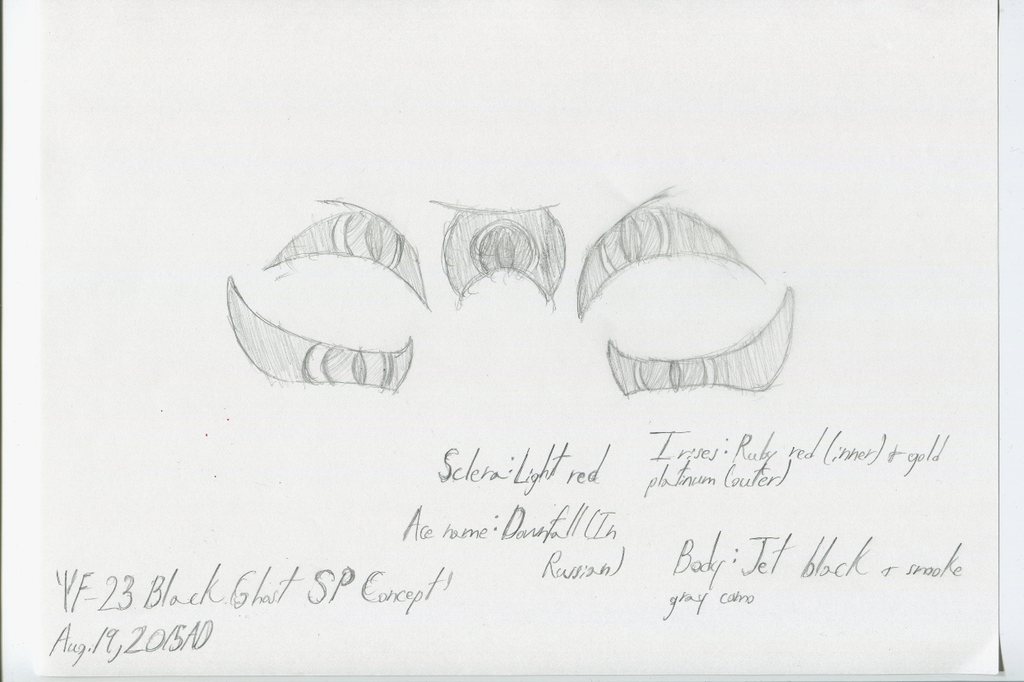 The first thing I've submitted in a little while. I'll get back to uploading stuff more often. I won't say 'regularly' because if there's anything I've learned about my personal life, it's that it can get VERY hectic and demanding.

Now, onto the picture itself. I know it's just another concept, and that I need to make actual artwork for once, but damn it, I just want to actually upload something. This particular concept is something I have planned for when I mod Ace Combat 6. And yes, I know it's on the 360. That's what you have modded consoles for. I was a good deal disappointed with the comparatively smaller amount of playable aircraft compared to other Ace Combat games. So, alongside other planes, the YF-23 Black Widow will be put in. Or Black Ghost, because honestly, Black Widow is such a plain name. For a plane. The pain is real.

Hopefully this will go on without too many problems, alongside the other projects I have planned. Also, on that same note, I'm also doing a Custom Robo project with my brother along with the Star Fox project! I'll upload some stuff from that later on. Wish me luck.

Design is by me.