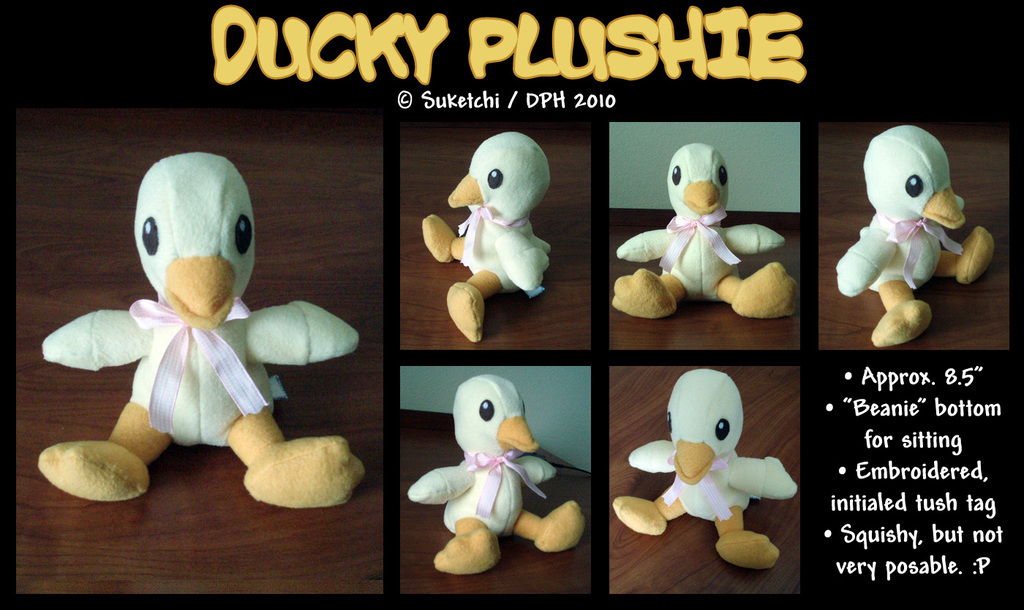 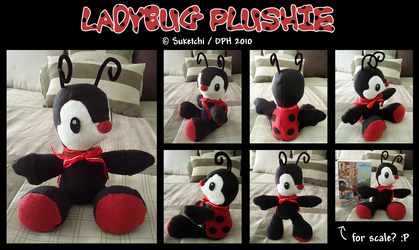 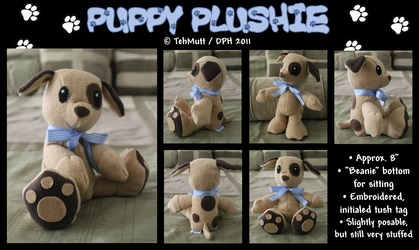 A couple years old now, but this another super early plush. This began a series of similarly-shaped plush animals that started as gifts, but eventually became the foundation of my craft business, FuzziMutt Creations.

Also made of anti-pill fleece; banana and gold colored (sorry for the awful pics, they were taken last second in a hotel room, lol). Brown felt sewed-on eyes and a touch of fabric paint for the lil highlight.
He has pvc pellet beans in his bottom, but I'm sure he would have been able to sit okay without them. He's not so posable with floppy legs like the ladybug because of their odd angle. Top row, middle shot shows it; his feet were supposed to point upwards... but I kinda butchered the placement trying to keep some seams lined up, lol. Same with the arms.. .they weren't supposed to stick out so much. But each mistake turned out kinda cute. Yay, happy accidents.

I have long since improved my basic pattern, so Ducky 2.0 is in the works eventually.