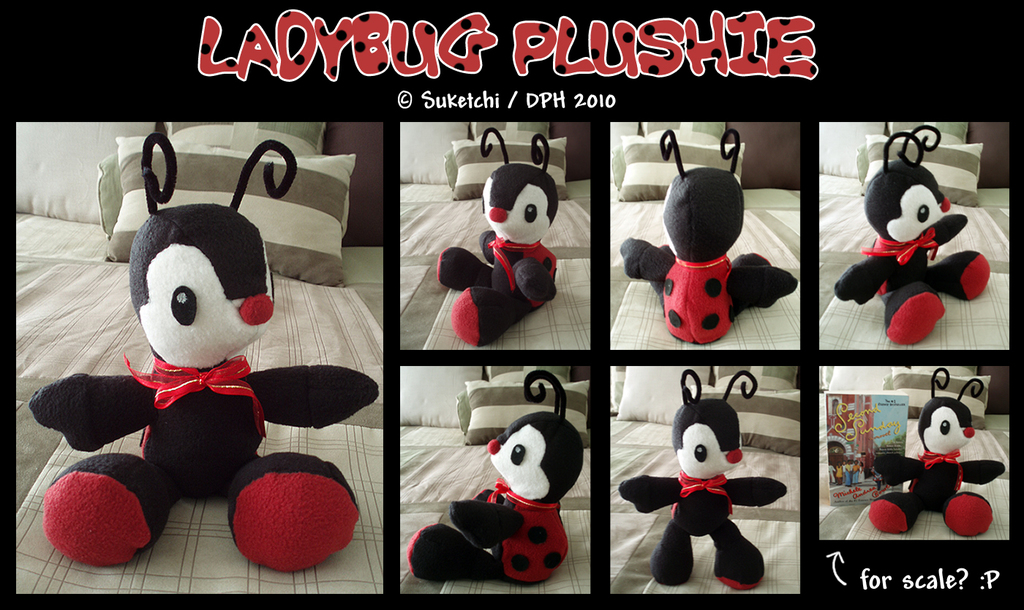 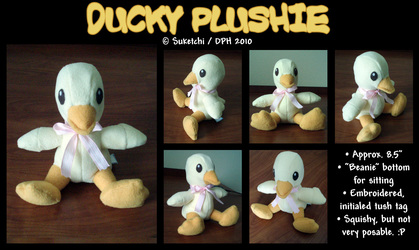 A couple years old now, but this was the first of many plushies I've made. This began a series of similarly-shaped plush animals that started as gifts, but eventually became the foundation of my craft business, FuzziMutt Creations.

Made of anti-pill fleece, felt spots and eyes, and chenille stick antennae so they are posable. He's about 8.5 inches tall sitting [minus antennae] and 11 inches standing... although he doesn't truly stand on his own, lol. I got him to for a few seconds and it looks like he's surfing. I like his arms, but they don't move from that silly position. XD His head as well. <_<; butchered placement, but it looks cute that way.

I have long since improved my basic pattern, so Ladybug 2.0 is in the works eventually.