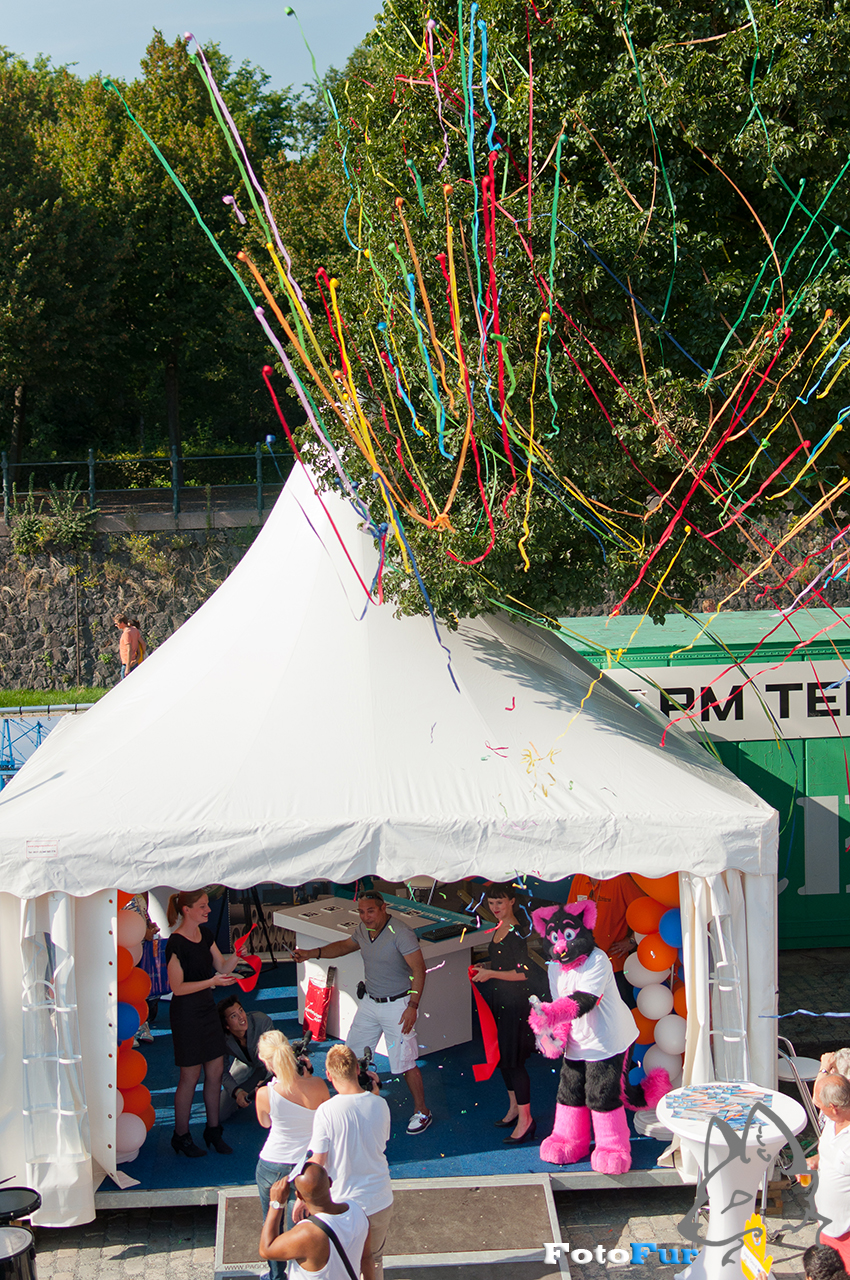 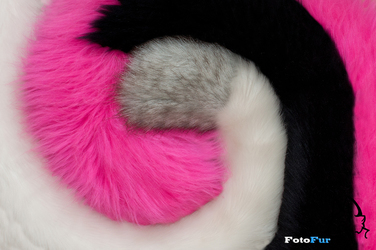 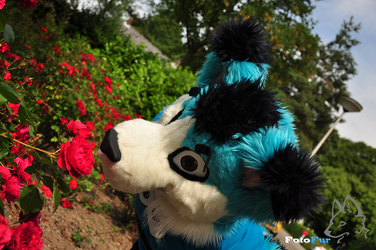 During the world famous World Port Days in Rotterdam I took on a very special job. I rented my first fursuit including actor (fursuiter!)

For a special Flashmob/stunt Pinky was present at a stand of a very large company who works in container storage in the Port of Rotterdam!

The crowd could create a virtual puzzle and become the "architect" of the new part of Port Rotterdam. As soon as they finished the puzzle a grand opening cermony would take place! A brass band, mascot, confetti shooters, photographers, camera teams, champagne, two very good looking girls holding a lint and a commentator who would tell the audience that they were part of a very special opening ceremony!

The unsuspecting "architect" had the honer of cutting the lint and thereby officially opening his creation followed by Pinky shooting confetti would be the grand moment of the flashmob!

We did this show about 6 times and a cool video will be created of it and I will post that later on when I get the material that was shot!

But here's a photo I have taken! BAM, Confetti!