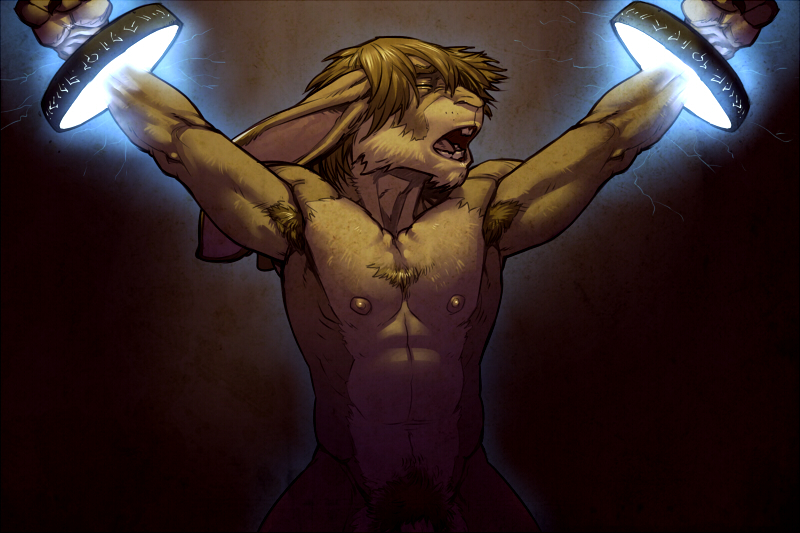 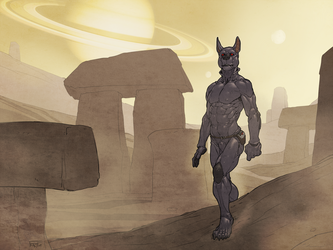 A commissioner (anonymous) wished to see Devon in the magic spoo rings. I happily obliged cause I wanted to see that too :3

Devon hung naked in midair suspended by metallic rings encircling his wrists and ankles. The inward surface of the rings began to glow bright blue as they activated, and small runic symbols appeared around their circumference.

Devon gasped as a multitude of sensations bounced across his nerves.

"Don't be alarmed" said the thin hipster rat watching nearby. "It'll feel weird while they warm up."

Devon began to squirm, it felt pleasant and uncomfortable at the same time. "Now look here pilgrim..*pant*...you said this was...safe."

The skinny rat was stepping out of his pants letting his boxer briefs fall to the floor. He picked his iPhone out of his crumpled pants and examined the spoo ring app (they make apps for everything).

"Almost there", he mumbled fondling himself with his other hand. "Course its safe. My dealer says he uses them on his girlfriend all the time."

Not reassured at all, Devon began to sweat as the sensations became VERY uncomfortable. Despite the pain there was a dull urgent pleasure underneath it all, and he was vaguely aware that he was extremely erect.

Then it stopped, and he felt nothing but a tingling in his extremities and genitals. He had no idea what the rat had planned, or what these things would do to him, but surely it would all work out. No matter what he would have an interesting story to tell.

"They're all warmed up now", said the rat, dick in one hand and iPhone in the other. "You ready for this?"