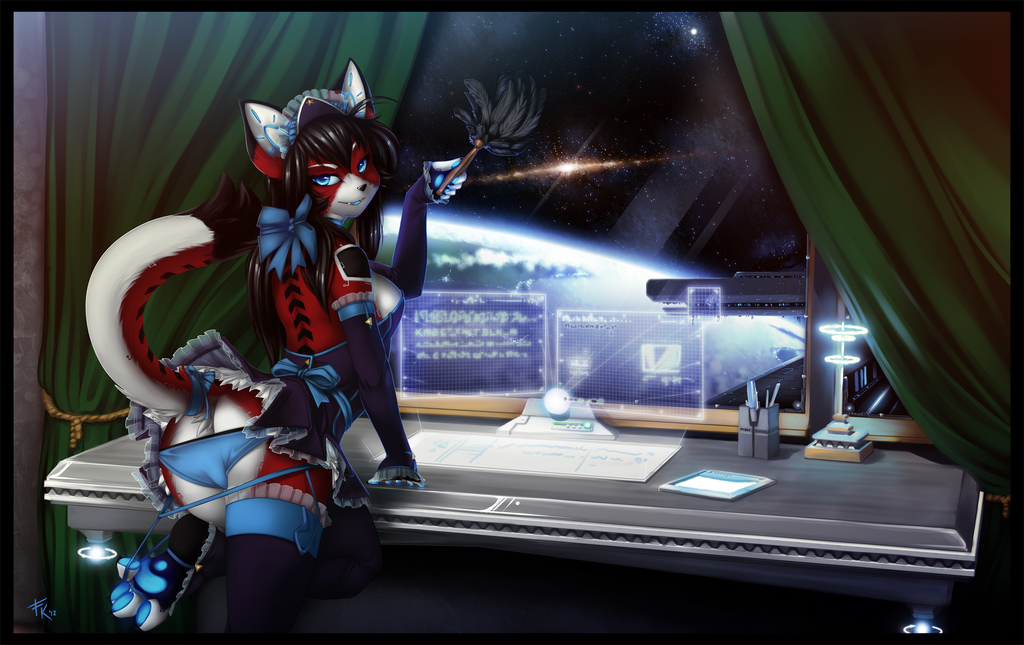 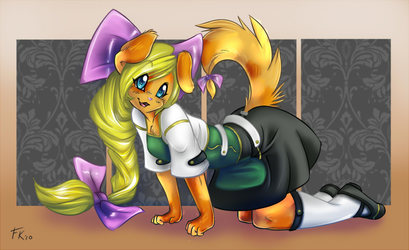 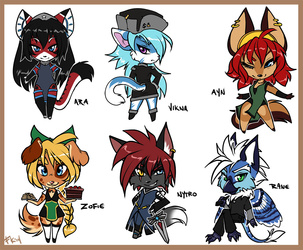 "Oh! Hello Commander, I had no idea you were working late all alone..." She turns her head, smiling coyly with a lean forward and some fancy footwork... "...but I bet you enjoy the view, dah?"

There is a lot to explain about this image. This was originally drawn over a year ago and re-drawn entirely at least twice, and it was only the third and final version that I decided to go all out on a background and pour everything I had into it. It's a result of a number of things I love/love to draw: outfits, sci-fi, catgirls, cloth, space, tech... It's a personal piece through and through, just like ARA herself.

This is entirely a Non-Canon-but-In-Character piece. ARA is not a maid whatsoever, she is however, a villain, a sly, computing cyborg, and would likely act like this/tease if she really were a maid. But she's not. I just like maid outfits. Who doesn't?

The middleground(table, stuff on the table) was modeled in Maya and painted over in SAI. Everything else is from scratch in SAI and Photoshop.