This is why i do it! by flowkitty 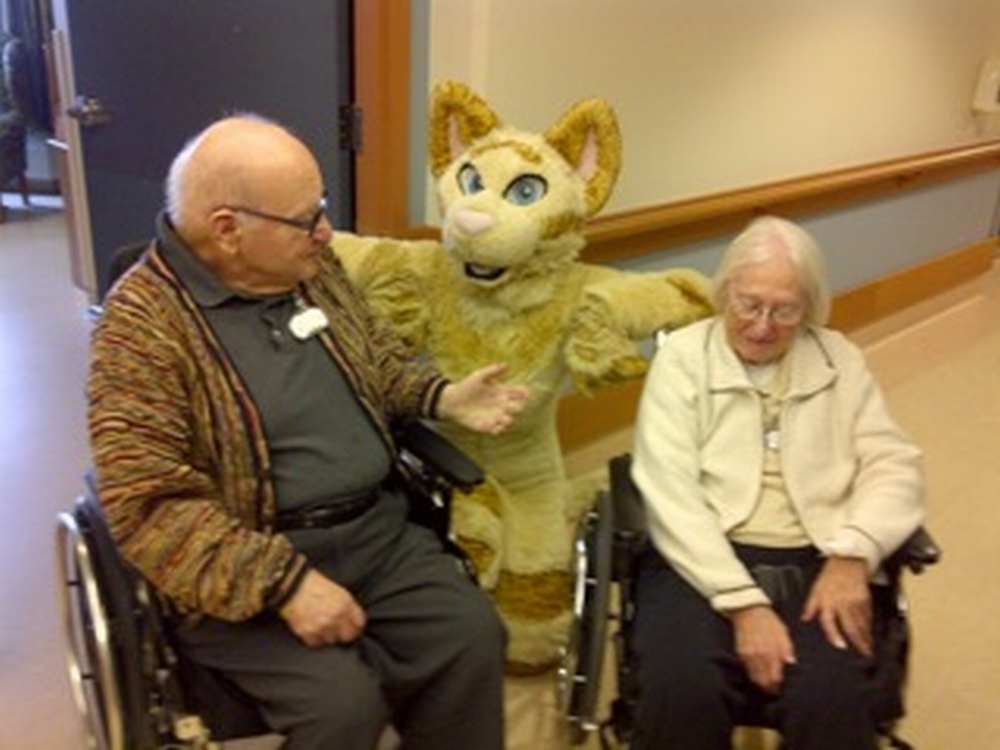 This is why i do it!

this winter i went to see my ante Zelda in her Retirement Home in Winnipeg. thanks to my cousin John i was able to go in fursuit! it was a great time and the residents loved it. i was called by one lady "her Christmas miracle." i almost cried rite there and then.

but the best bit was meeting Walter. the man on the left. (the lady on the rite is my ante. she is i bit out of it in this pic.) Walter's wife was dyeing and he has bin by her side through the whole thing. when i was there i was told she never reacts to anything. she dose not even smile anymore.

so i went in to see Walter, not thinking i would even get a look from his wife. as soon as i walked in i started acting cute for Walter, petting his head and giving him hugs, when suddenly one on the nurses says "LOOK SHE IS SMILING!" i turned around and she was looking rite at me and giving me the biggest smile i have ever seen. she even moved her hand a bit.

that rite there is why i do it!

sadly Walters wife died a week later but i am proud i brought a smile to her face for what could have bin her last time. T.T