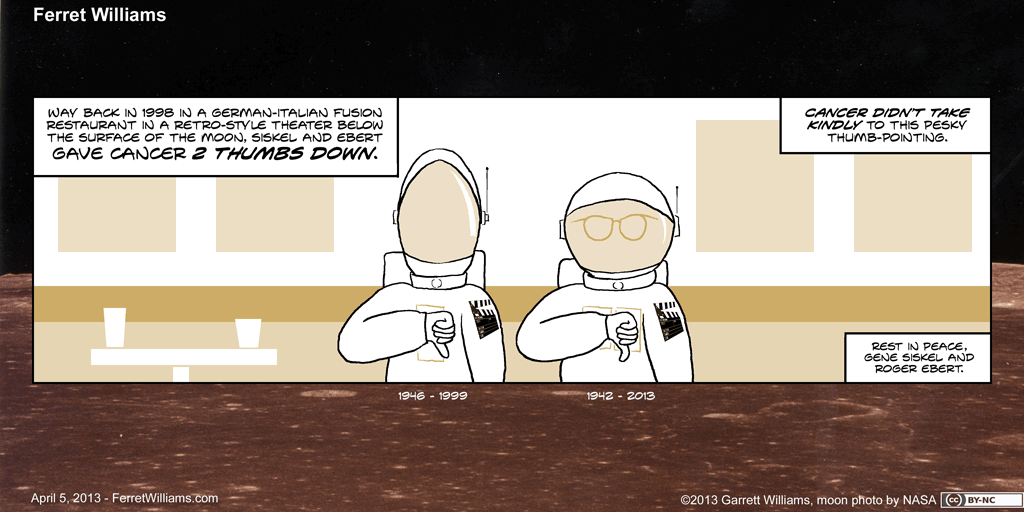 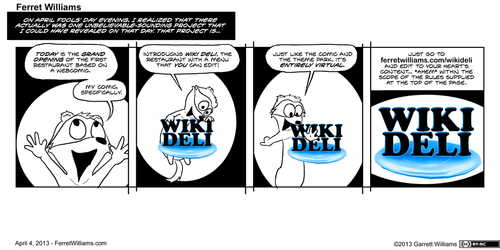 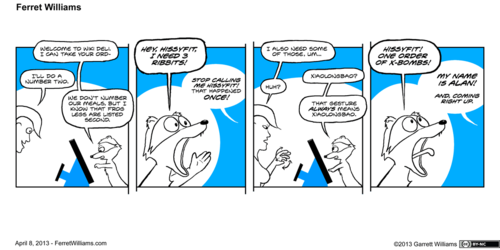 Roger Ebert died yesterday and a comic naturally popped in my head. That comic was boring, but had the same idea as this one: Siskel & Ebert gave cancer two thumbs down and cancer took revenge on both of them. It was a long, valiant battle, and it ended yesterday.

Man, cancer is a jerk.