Danganronpa: Before the Trial by Farel 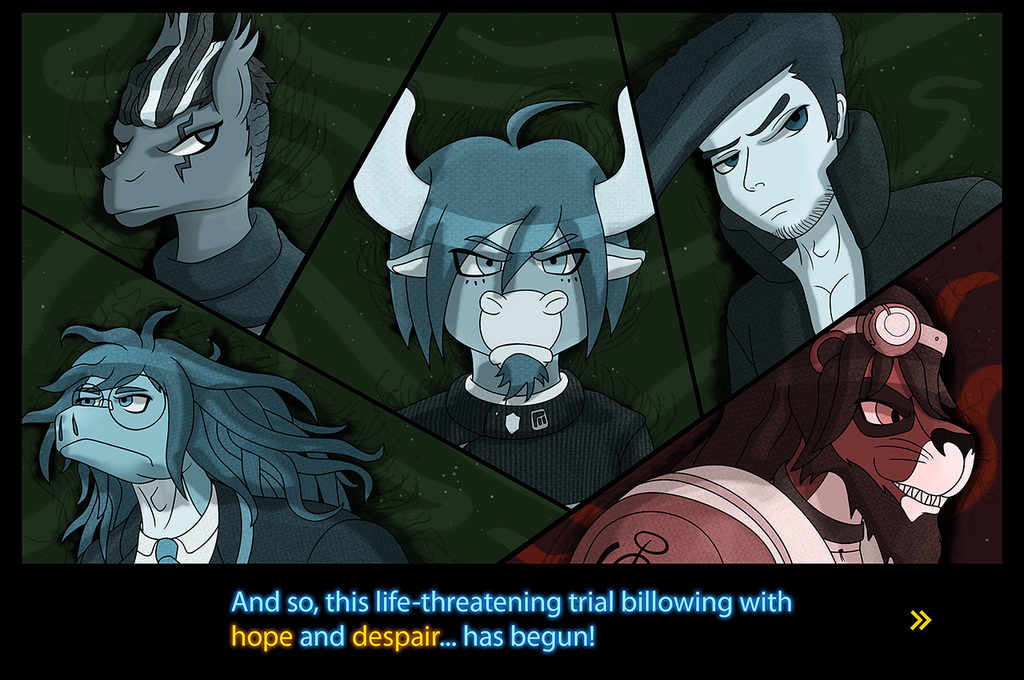 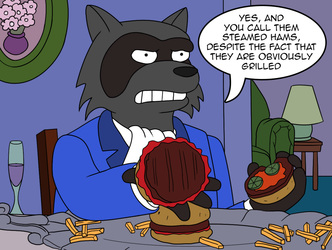 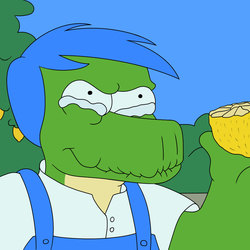 Danganronpa: Before the Trial

Once again, a murder was committed, and so all participants of the killing game were forced to collect evidence, and figure out who the killer is. As they ride down the elevator, there is a tense atmosphere, as they know that one of them is the killer. They'll have to cast their votes, and declare one of them as the traitor. If they are correct, then that person will receive his or her punishment, however if they are wrong, the killer will receive freedom, while the rest gets punished.

[CENTER] - Tauros Saihara - The Ultimate Empath - One with great expertise in psychology. His range of skills proved helpful time and time again, and as such, despite being insecure, his leadership skills made into a natural leader.
[TOP-LEFT] - Zoarvek Tanaka - The Ultimate Brony - The King of the My Little Pony fandom, very serious, cold and eccentric.
[TOP-RIGHT] - Inhuman Mondo - The Ultimate Let's Player - Delivering content daily, InhumanBeatdown earned a lot of respect in the YouTube scene.
[BOTTOM-LEFT] - Farel Gokuhara - The Ultimate Herpetologist - The strong, yet socially awkward giant, who tries to become a real gentleman, while still remaining sensitive to anyone implying that lizards are supposedly 'gross'.
[BOTTOM-RIGHT] - Kehno Iruma - The Ultimate Pervert - [DEAD] - The genius whose intellect is overshadowed by his perversion. He was murdered last night, found in the gym with an enormousness spear thrust through his chest. Based on the autopsy it was deduced that: "If you got penetrated by something so big and thick, you would die instantly", suggesting that Kehno died immediately.

Ok, enough jokes! My friend Tauros introduced me to the Danganronpa games. A series of games where a group of people is trapped, and told that if anyone wants to escape, they need to kill someone. Afterwards everybody gathers in a court room, where they try to figure out who the killer is. I'm loving them, and in the newest game, Danganronpa V3, when a class trial starts, we see shots of all the characters, all blue, on a green background, except those covered in red, who are already dead.... as this music plays:
https://www.youtube.com/watch?v=k5HuHnhHxXY

Something similar showed up in Danganronpa 2 already, but somehow here, it made a much greater impact on me, so I decided to recreate it with me, Tauros, and a few other people that I know who played the game! ...... and Kumbartha, cause while he never played them, he's the one person that I know who'd be perfectly ok with being murdered!

So here it is. I hope everybody likes this!