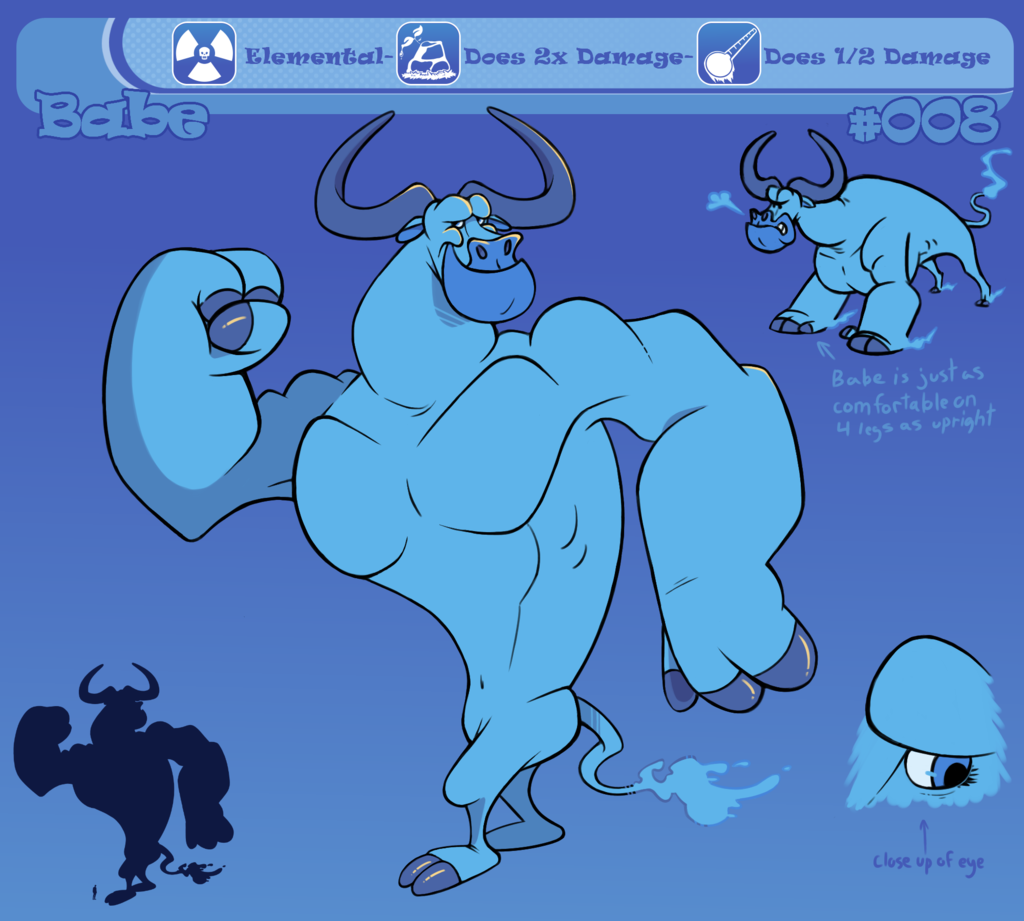 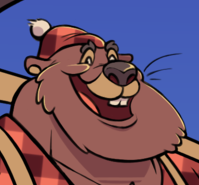 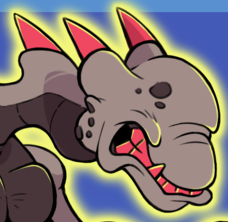 Paul’s longtime partner which rarely speaks but has quite a loud voice when he does. Babe constantly radiates energy in a quite literal sense but most noticeably in his tail tip which flows with it at all times.

The long awaited moment of me ruining American folklore by making Paul Bunyan and Babe into gay furries for my monster project has finally happened. Unlike Paul that's folklore reimaginings came from my mutual's mind Babe was changed for world building related reasons. In my hypothetical monster game all kaiju are sapient so Babe couldn't be Paul's literal pet ox anymore. I made him minotaur like to emphasize the point but also made him capable of running on all 4s as a nod to his origins as being just a regular (albeit extremely large and blue) bovine.