"One can only hope that one leaves behind a lasting legacy. But so often the legacies that we leave behind... are not the ones that we intended." -Queen Myrrah, Gears of War 2

I don't do commissions, I don't do trades; requests are right out. Please do not reupload my art elsewhere without my permission, thanks.

Most recent: The Simple Things 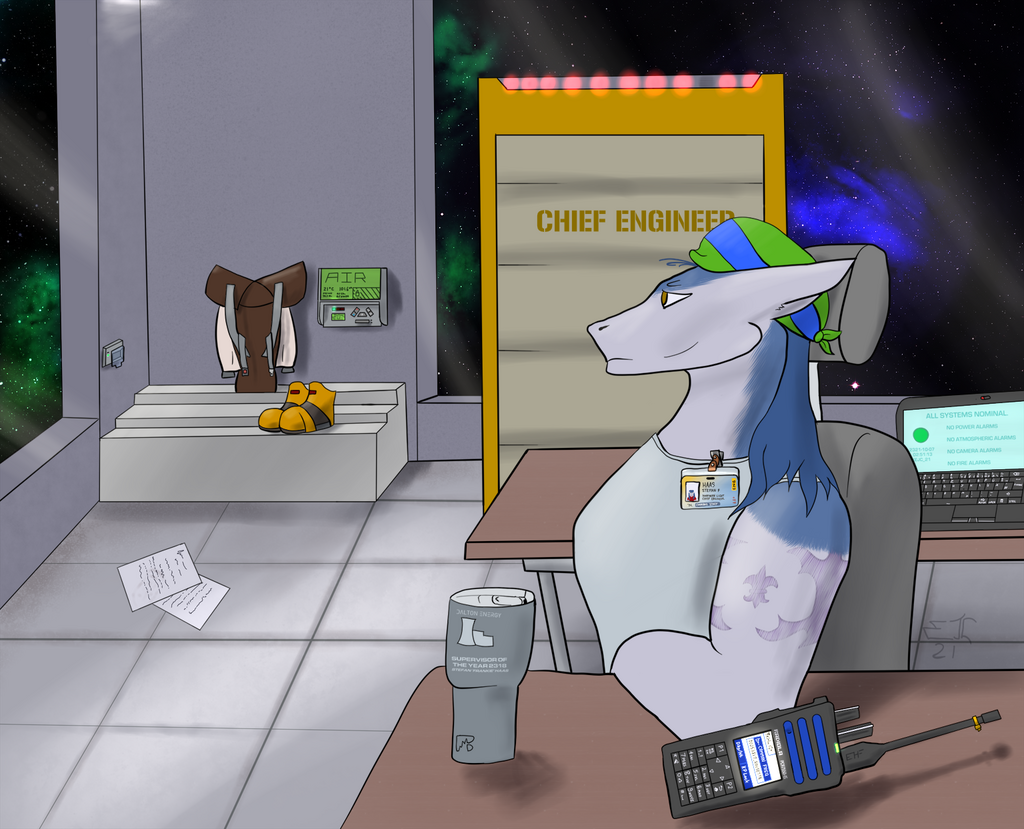 As an update to this, we lucked out big-time.

An hour or so before it made landfall, Laura shifted its course slightly eastward, away from us. This was enough of a shift that we were able to get away with just scraping the edge of the heavy winds and rain. The highest recorded local windspeed was 78 KPH sustained, gusting to 107 KPH. Our damages were limited to small and medium (< 3 cm ⌀) limbs falling, shingles being loosened, and vinyl siding coming off the wood trim on our house.

Our power was out for a few hours; not the "4 weeks or so" we were expecting. Our central aircon was out for a couple of days, however, due to overload while we were waiting for the storm to blow through.

All-in-all, we got damned lucky that it shifted at the last second. Everything's back open to how it was before the storm.

Since the area I work at was ground zero for the eyewall, I'm fully expecting that the area local to my workplace is going to be down and out for quite some time. I'm not worried about my workplace as much as I am about my coworkers; they're mostly locals (I'm not) and got hit way harder than we did. I haven't heard any bad news outside of the usual post-incident stuff, so that's always a good sign.

The original text of this journal follows:

I'm most likely going to be off the grid for a short while.

As I'm sure a lot of you know, Tropical Storm (upgraded to Hurricane as of 07:15 this morning) is coming right for the TexLa border. NWS is expecting sustained winds to be in excess of 110 MPH (175 KPH) when it makes landfall. It looks like it's going to be another Rita in terms of damage.

I'm hoping for the best, but if Rita was any indication, I expect to be without power for a few weeks. Which means I'm going to be completely unavailable for any reason, as the cell towers are also probably going to be down.

There's a slim chance we'll evacuate. I don't know yet. We rode out Rita as well, and we were also on the "wind damage" side of Rita.

We'll see what happens. If I go unresponsive, well... I'll see you folks on the other side of this.