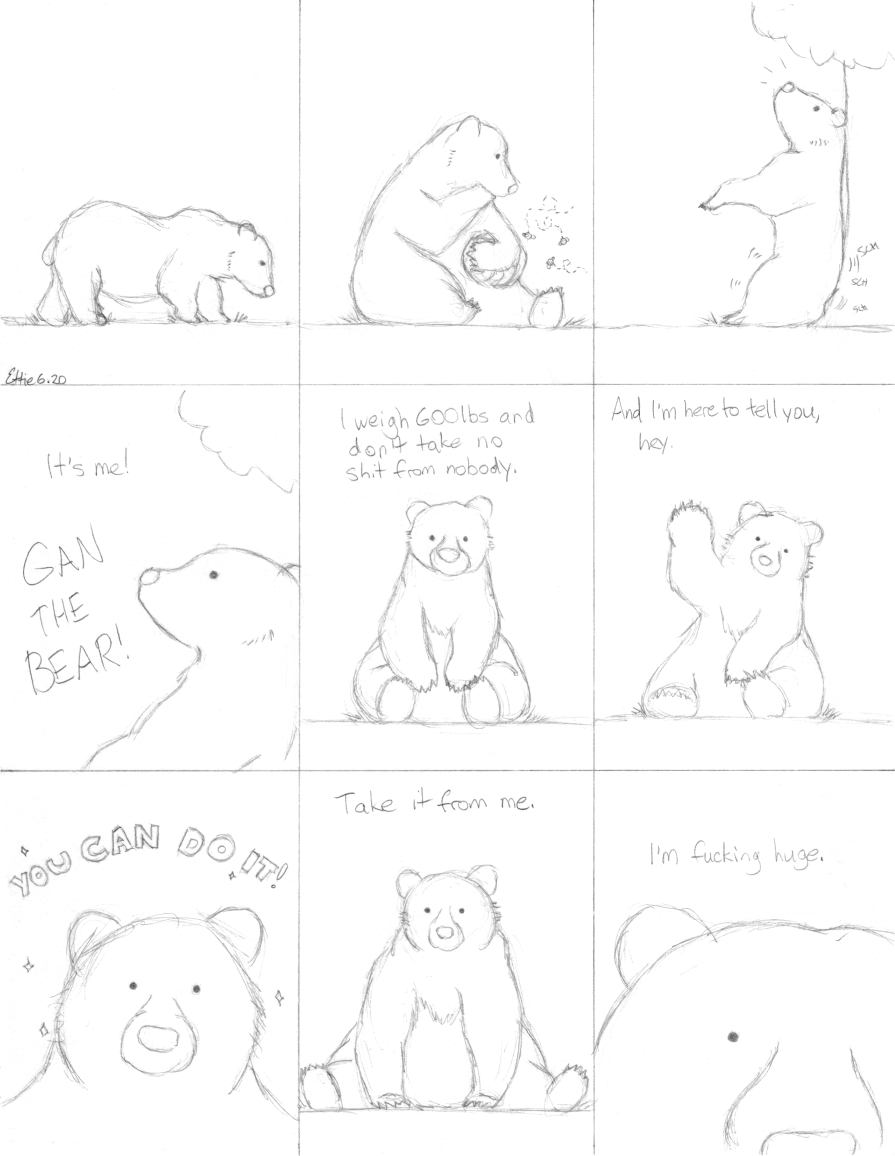 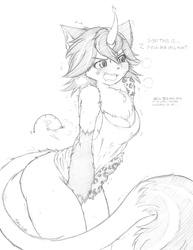 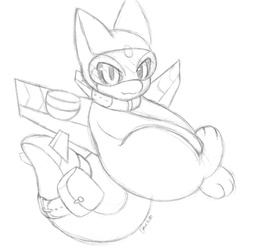 Well hello everybody! I have a new friend I'd like you to meet! This is Gan, the bear. He's a friendly, encouraging bear who also doesn't take any shit because he's a fucking bear.

Quite a departure from my usual fare, isn't it? This comic is something I did last month as a gift for a friend who was having a rough day, and I absolutely wound up drawing more bears in this one instance than I ever anticipated drawing in my entire career. It was meant to just be a one-off, but I fell in love with him so much (and my friend really liked and appreciated it too!) that I immediately started coming up with some pretty grand plans for him, including a bunch of ideas for more comics!

Unfortunately, I wound up getting sick shortly after (non-COVID related, as I must now always specify!), which pretty effectively derailed those plans. Even now, over a month later, I'm still not fully recovered, and that initial burst of enthusiasm and inspiration is long gone. Sigh. But even so, I do very much hope we'll see Gan's return someday! I love him too much not to!

And remember everybody, you can do it. 💪

And I think you'll find that the community in my discord server strives to embody Gan's teachings as well.