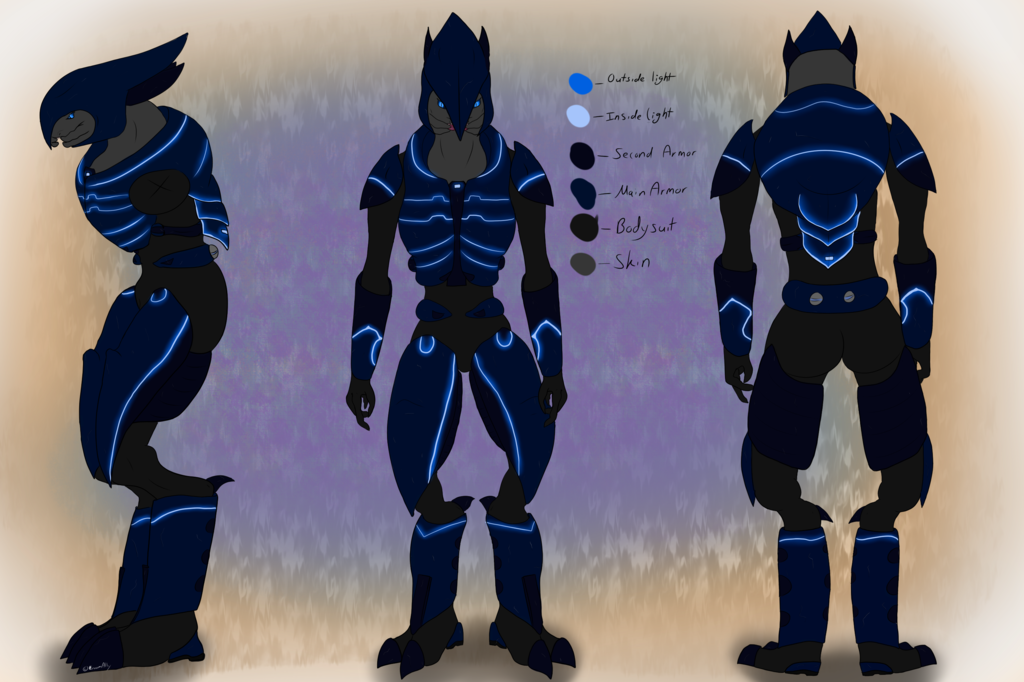 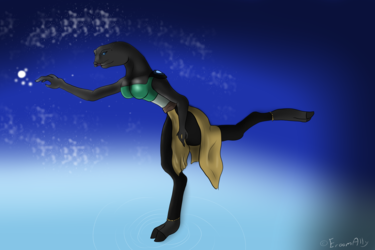 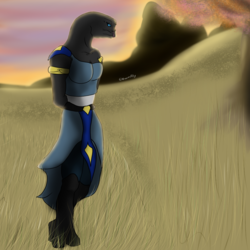 Throughout history the Durram state Warriors always had a particular unique form of styled armour which allowed for speed and agility in battle as well as protection against the enemy. The armour its self is light weight which was to enhance movement, its age is perhaps as old as that of even the Arbiters armour though it shows clear detailing of similar style.

Within time the Armour has been upgraded and modified slightly to enhance in battle, allowing it to be further modified for futures sake.

Maci Durramee, the last from the royal bloodline and its next govern leader (heir) was given the armour of her ancestors which she has worn in honour during her training. However during an incident her armour became damaged and a friend of hers named Zuka, an outcast with good engineering skills gave her armour a more modified look that would enhance her greatly in battle.

The armour still consists of its old style although is now lined with an array of blue lights and gives a more interesting look which not only that but also enhances the energy shields on her armour as well. Considering the armour was upgraded and modified with promethean technology the armour has become more of a cross between the two kinds. Not only does Durramee have a more intricate look but also stronger armour with stronger shields, meaning the armour will not be pushed in or smashed as easily unless shields are down.

It is said that her armour is of an equal level to that of a Promethean Knight.

WOW this took me ages to get done xD
On another note the battle damage I added can vary in different shapes and shades as well.