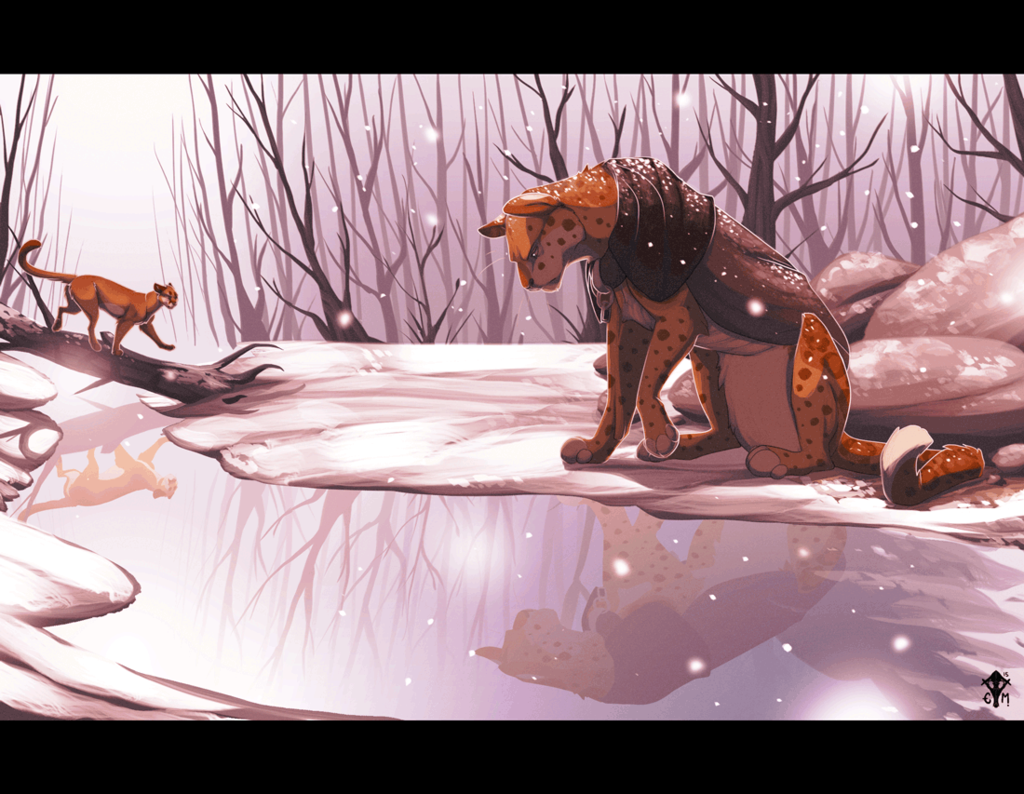 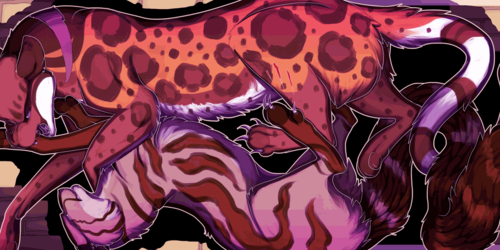 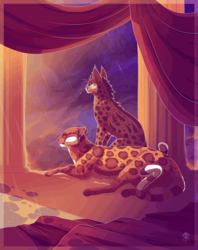 They'd each had a job to do. With winter at its crux, food was hard to come by, and getting to running water was more of a tribulation than ever.

Perhaps Ruska had given him the easiest job to be kind to him. It was the colder months that Insanis was the most coherent, the least violent, the more willing to obey when given something to do. With these positives in his social life came a yearly dip in his health. Coherency meant streams of understandable thought. With streams of understandable thought came regret, guilt-- everything the insanity pushed down and away from his daily life. Even when he or Ruska managed to catch something with any meat on its bones, he rarely ate. He would become distracted with his thoughts at the smallest instance.

This job was easy enough. The stream was a short walk from the dens, and at least he remembered that, even if the landscape had changed dramatically from a month before. Instead of worn paths in the forest floor, there was nothing but gouges of snow and probably somewhere safe to step. Ruska had already run off to hunt, and when Insanis reached the water's edge, trying to decide where would be best to break through the formed-again ice, he stopped.

Reflections weren't hard to come by in the winter. But this one caught his attention, and he focused on it, eyes narrowing and fur bristling. He knew that cat.

The leopard didn't return to his senses until Ruska had growled his name the third time. It had grown to the edge of dusk in the blink of an eye, even though he must've only been sitting there for a few seconds. He didn't really hear the frustrated words his friend spewed at him, but must have understood some command, because as she turned to head back, he rose and followed like a mute child, bone-tired and weary from an afternoon of sitting in the same spot for hours.