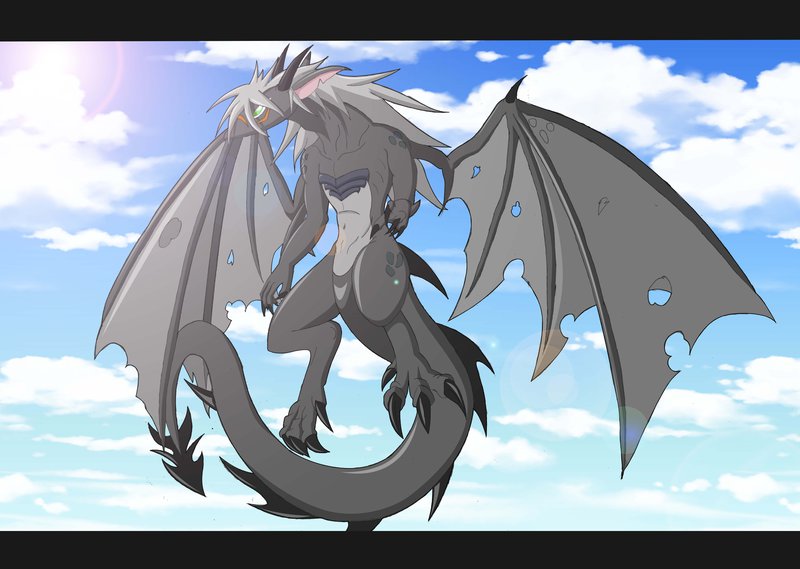 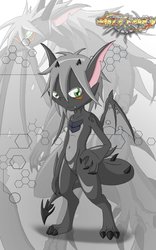 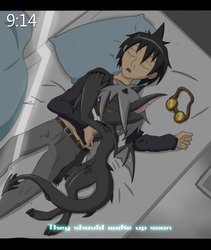 -i still remember it, a giant shadow covered the streets, when we looked up, we saw it, it was inmense, watching us with those emerald green eyes, no one knew where he came from, it appeared like from thin air.

-what happened them? i mean, to the Jabberwock

-he dissapeared, just like that, no one saw it again, until today

The jabberwock was the name given to a massive dragon kaiju that appeared over Tokyo then vanished on the clouds without a trace one year previous to the events of Blaze Legazy: the wingless dragon, no one knows what happened to him after that day, or the chains of event that his appearance would cause in the close future

ill make 2 separate logos for each story project to differenciate characters of one from the other, but meanwhile, characters or any pic relate to The legend of Vyse will have TLoV before the pic tittle, while anything about The wingless dragon story will have TWD on the tittle