TWD- Vyse the jabberwock by DragonJuno 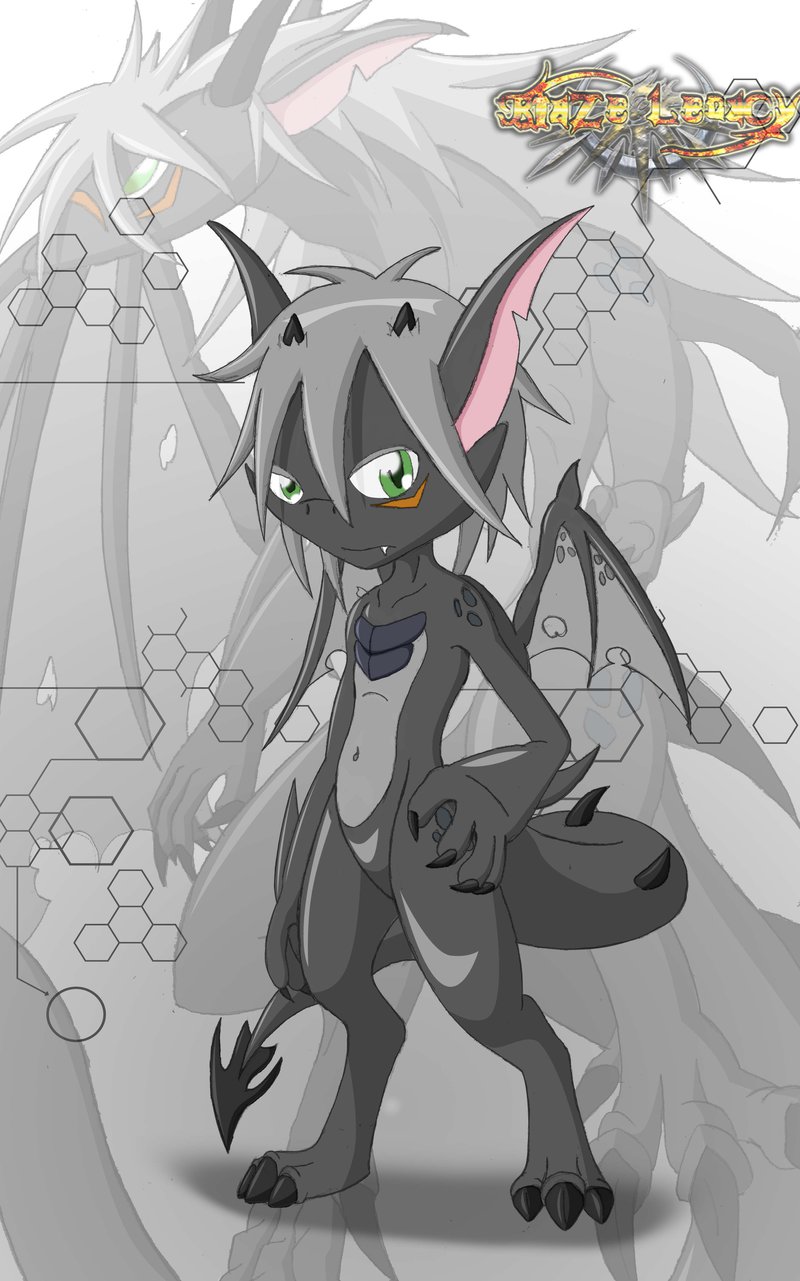 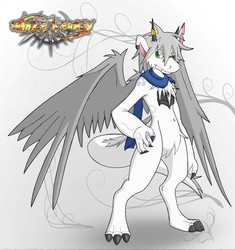 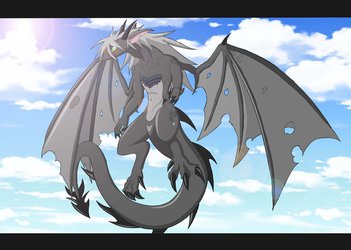 The deuteragonist of Blaze Legazy; The wingless dragon. Vyse is a small 75 cm tall dragon yokai that appeared 1 year after the giant Jabberwock appeared over Tokyo, though his original appearance is the one of a slighty over 2 meters tall dragon. Due to his similar appearance to it he is belived to be the giant dragon that appeared that day, something he doesnt deny but neither confirms since he doesn`t know it himself, having lost his memory from the momment he awakened, all he remember is the name "Vyse", wich he belives is his name.

Because of his posible link to the Jabberwock, Vyse was chased and apprehended by WhiteMist company secret Yokai Investigation Division and experimented over because of the unusually high etheria generation that emanated from his body.

After a couple weeks he was able to hear his partner voice, and managed to summon enough strengh to transform into his real form, escaping confinement and (literally) crashing into the young Izio Hiroaki.

Because of the cruel treatment he had a soon as he awakened he holds a big grudge agaisn`t humans, seeing them as cruel and selfish beings that only care for themselves, being untrusty of Izio good intentions.

Despite trying to act tough wherever he is speak by a human, he is childish, being easily startled by modern day technology and not hiding his great liking to ice cream after tasting it for the first time, having a kind of sweet tooth, he loves to eat all kind of them, usually asking people to invite him something as part of a bargain.

Another trait of his personality is that he cannot avoid feeling lonely after hearing that he is the last know living dragon on earth, every other Yokai being of a race that has multiple of their kind but he himself being the only dragon, he tries to soft it a little by calling Izio his "wingless brother" and even though he tries his best to hide it, he enjoy his company and is gratefull for Izio taking care of him.

Since he lost his memory he is very curious of the history of the world, even coming up to sneak into Izio classroom to hear his teacher history classes with deep interest.

He also reacts violently to anyone that tries to take the tear shaped neackle he posses, being his only possession the momment the awakened he belives it to be crucial in order to regain his lost memories.

As other Yokais, Vyse is affected by the E.N.F barrier (Etheria Null Field) created by WhiteMist company wich covers the city, heavily draining him of his Etheria, and forcing him to have the appearance he has now (his original appearance being a 2 and half meter tall dragon http://dragonjuno.deviantart.com/ar.....heet-379008210 ). Despite this, he is know for being one, if not the strongest Yokai, even able to kick a car over with little to no effort even under the effects of the E.N.F

Vyse knows from overhearing Mists staff that the the E.N.F barrier over the city block most of his powers, and he heard of people called "Linkers" wich are able to form pacts with Yokais in order to nulify the effects of the barrier, knowing this he decide to stick with Izio only to use him a his linker, not knowing that in order for a Yokai to form a "pact" with a human a good relation must exist between the 2, something Vyse lacks with Izio at first, causing him to blame Izio for the weakness of his abilities compared to other Yokais supported by linkers

when threatened Vyse can transform into a over 2 meters tall version of himself, greatly increasing his physical strengh, speed, endurance and powers, but transforming heavily drains him of his energy, falling exhausted after a while because of not having a proper link with Izio. After their relation improves, he is able to successfuly form a decent pact with Izio, while still acting untrustfull of humans, but enough for him being able to transform and retain this form as long as he wish without being exhausted and being able to use his breath abilities.

Fire breath: one of Vyse innitial abilities, as all dragons Vyse can unleash a fiery barrage of flames from his maw, though the range and damage of his flames was small at first, it greatly increase after successfuly making a pact with Izio.

Dragon Arm-Blades: after testing around, Vyse discovered he can infuse the blades on his arms with etheria to greatly increase his cutting power, the skill being erratic first, not being able to fully control how much etherie it flowed into them, it quickly drained him of his power, but after forming a pact, he was able to control the energy flow and use them without side effects.

Dragon Breath: Vyse signature ability, it gathers his internal and the ambient energy into his maw to unleash a devastating beam of etheria to his target

now we move a little to explore Vyses background in The wingless Dragon story wich at difference from The legend of Vyse story wich will be told in novel format. this one im planing to draw it myself in manga format, that`s the why of the increase in character description to Vyse unawakened forms, since i cannot mention too much without spoiling the novel.