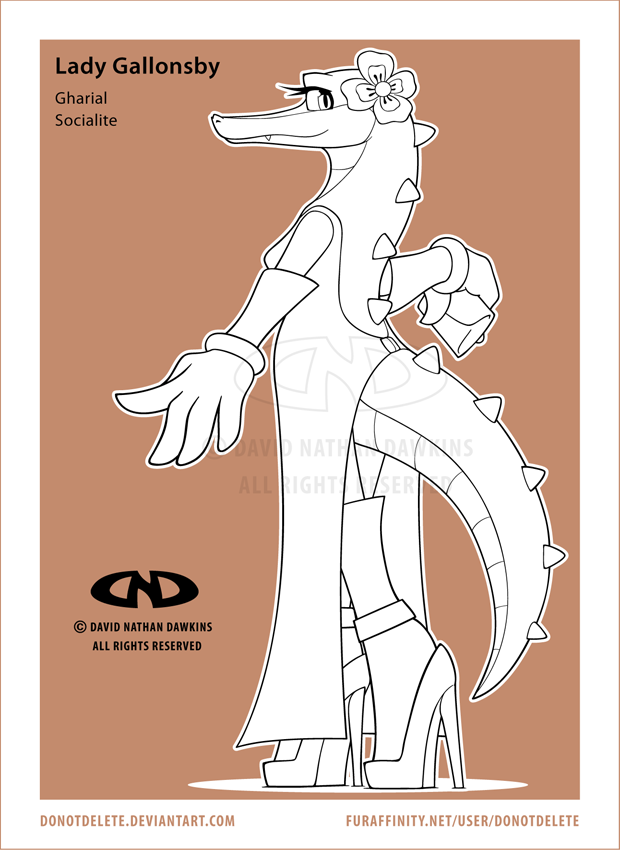 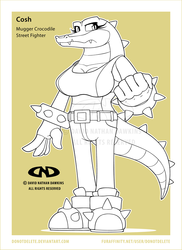 Lady Gallonsby is a gharial and a socialite. Not exactly the same pattern of logic as my other Mobian crocodiles but I guess gharials look more snooty to me with their narrow jaws/snouts.

She's wearing a fancy nightdress here - but that'll be more obvious when I get around to colouring this piece.

In all my years following 'Sonic the Comic' (UK) and the Archie Sonic the Hedgehog/Sonic universe comics I have never seen a female Mobian crocodile (at least not one that isn't a genderbender of Vector). Maybe the whole thing about whether or not to give a Mobian reptile breasts is too much of an issue for them, I dunno.