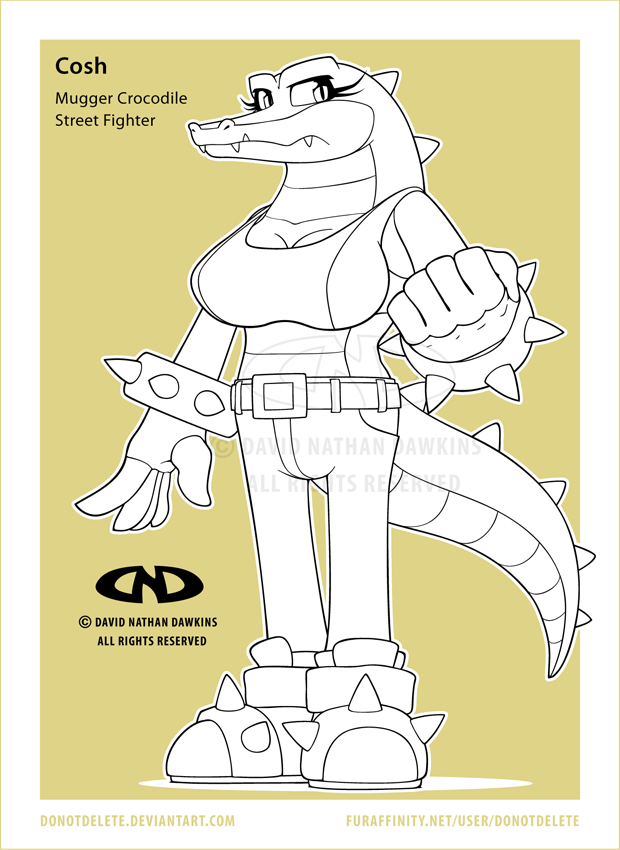 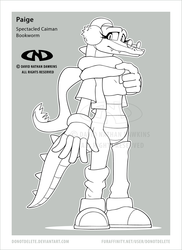 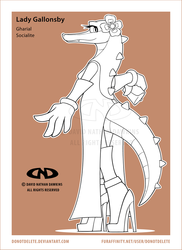 Cosh is a mugger crocodile who just happens to be a street fighter. Seeing a pattern of logic yet?

She's taller and much stronger than Vector. I was going to call her 'Brawleen' but on reflection that seemed like a pretty bad choice for a name. Also - as well as being a blunt weapon - a 'cosh' is a form of mathematical function regarding lines/curves - 'vector' also being a term related to mathematics and lines.

In all my years following 'Sonic the Comic' (UK) and the Archie Sonic the Hedgehog/Sonic universe comics I have never seen a female Mobian crocodile (at least not one that isn't a genderbender of Vector). Maybe the whole thing about whether or not to give a Mobian reptile breasts is too much of an issue for them, I dunno.

I will colour Cosh and my other Mobian crocodiles up sometime.