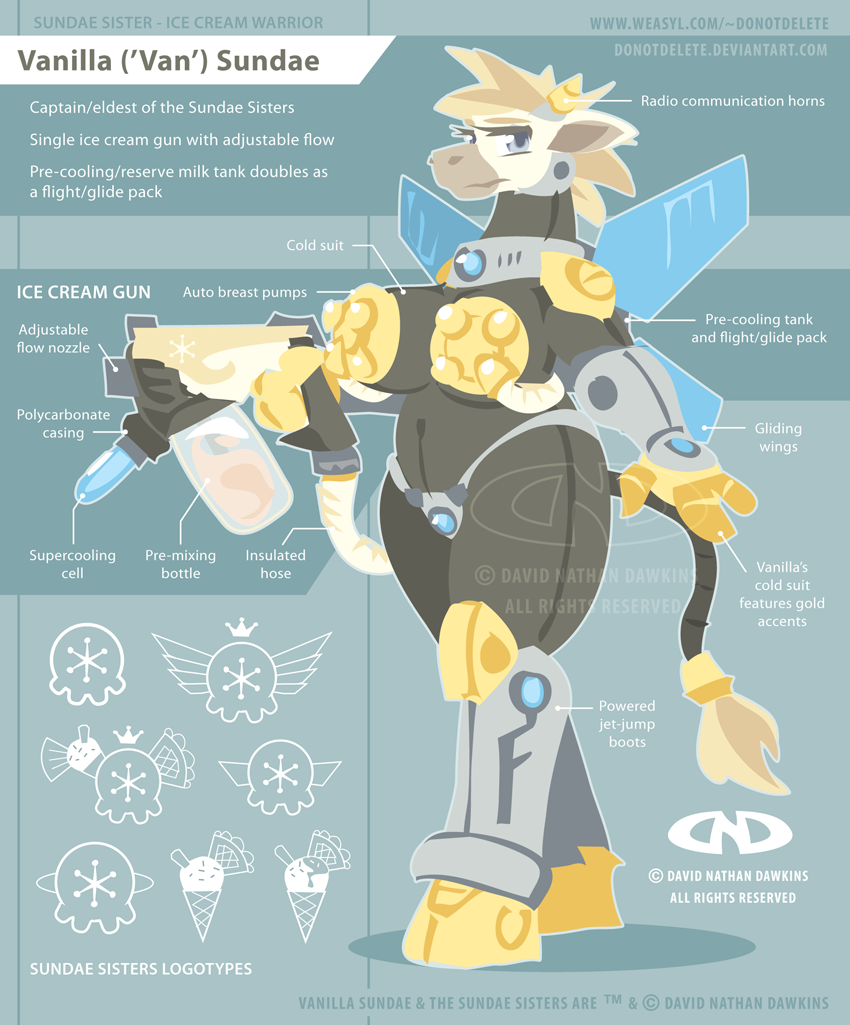 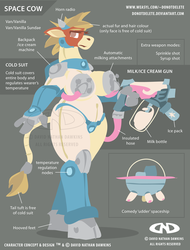 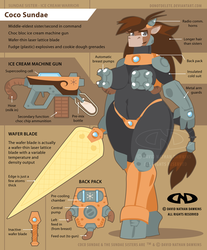 I suppose Vanilla - being the captain of the 'Sundae Sisters' - was the first follow-on from my 'Space Cow' idea. Her cold suit features gold accents to denote her captaincy of the team. Underneath the cold suit she has beige-white fur and champagne-blonde hair.

I really don't know what to say about the fact that the Sundae Sisters produce their own, uh... 'ammo' for their weapons (that ammunition being their milk - which is actively drawn from their bodies). I suppose some people might say it's perverse and inappropriate - but to me it seems entirely logical to use a cow-inspired character in this way (cows primarily known for their milk-producing ability). I suppose if this idea was presented using anything other than cow-based characters it couldn't be seen as anything BUT perverse or inappropriate.

These characters are of course intended to be 'tongue-in-cheek' heroes/villains - the idea of weaponising milk/ice cream is entirely ludicrous yet at the same time entirely fun and immensely creative (in an offbeat way).

They're some of the most fun and enjoyable characters to work with I've ever conceived/designed. I'm looking forward to working with them in the future - hopefully that won't be too far away.

Note: I honestly don't think the content here qualifies as 'mature' - if however a moderator or admin disagrees with that conclusion I won't argue.