Did You Hear That? by Demonic-Pokeyfruit 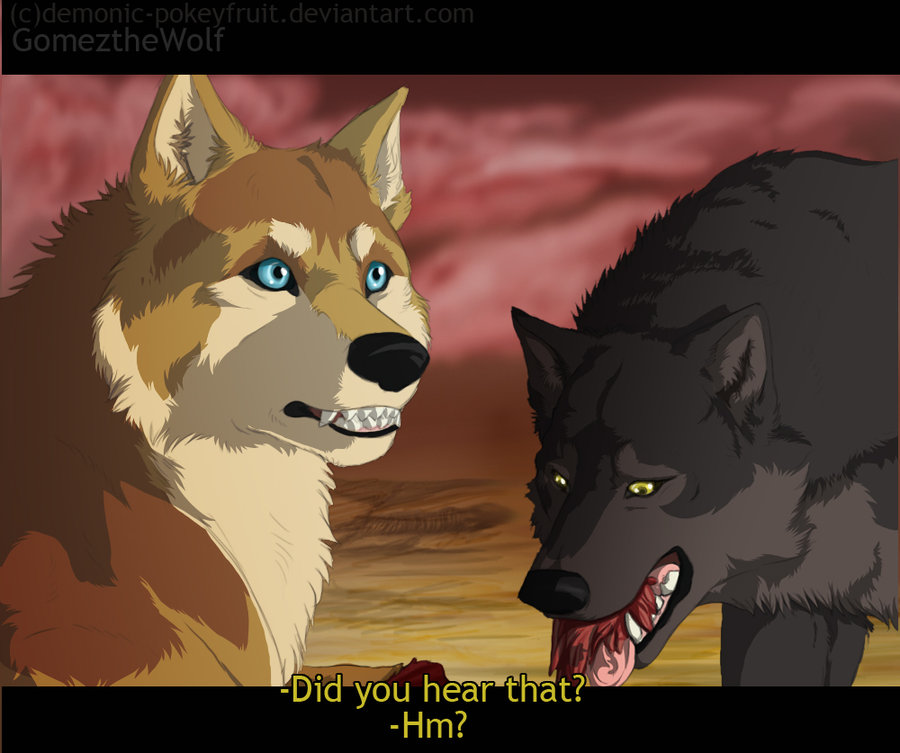 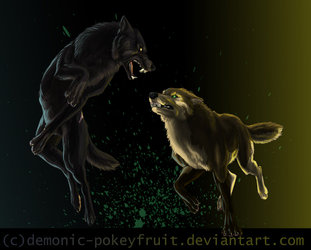 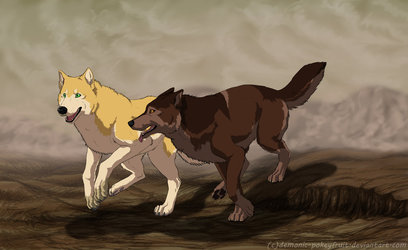 Did You Hear That?

Originally titled "WR Screen Attempt", this was me trying to create a screenshot that could have taken place within the Wolf's Rain anime. The background job is horrible.

Thor and Xeno are off by themselves as they separated from the pack in search of food, and they decide to eat first before they take their prey back. A gunshot is heard, and Thor is the only one concerned, as Xeno is too focused on eating his food. Xeno's personality has changed much since his original conception, so now Xeno would actually become more concerned that Thor would be, as Thor would normally say not to worry about it. It also shows Xeno's aold design, since at one point he was nearly a completely black wolf.

Thought it would be okay to post, so here it is. :3
I also hope the gore isn't a huge thing. It's just them eating, not even that much blood. Meh.