The Beast Within by Dekafox 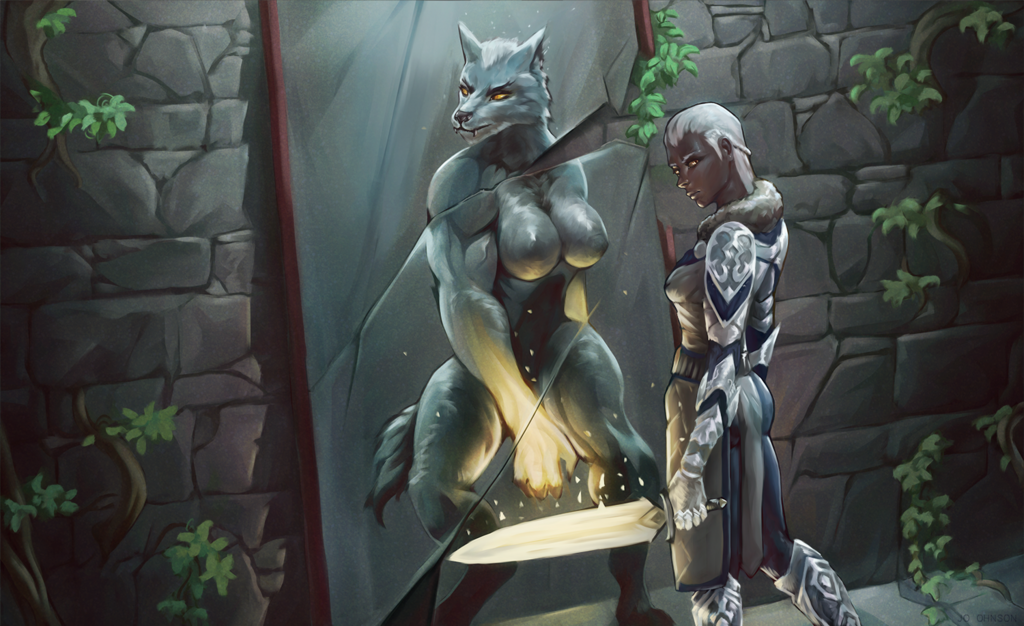 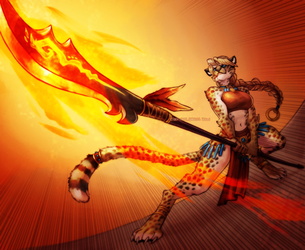 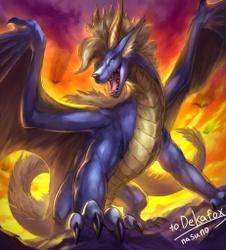 Deep in the heart of the ruins likes a mirror. It depicts not the outer reflection, but the true form of those who stand before it, and while damaged by the ravages of time, its enchantment has yet to dull.

However, the past rarely stays buried, and now a soldier seems to have stumbled upon this artifact in her search. To another, the contents might have been shocking, but to this young woman, it was simply affirmation.

Werewolves are known for their savagery and viciousness, yet the Light has not abandoned this one. Rather than fight the beast, or attempt to control it, she became one with it, blending Nature's fury with the Light's strength to become a guardian and protector; a hunter of the wicked. This muscular fusion of lupine and human is her truest self, though it might appear an abomination to the world at large.

Yet, a step is heard, and someone or something approaches. An inhabitant of the ruins? A comrade who would only see the fangs and claws in the mirror? Or the evil she sought that led her to this place?