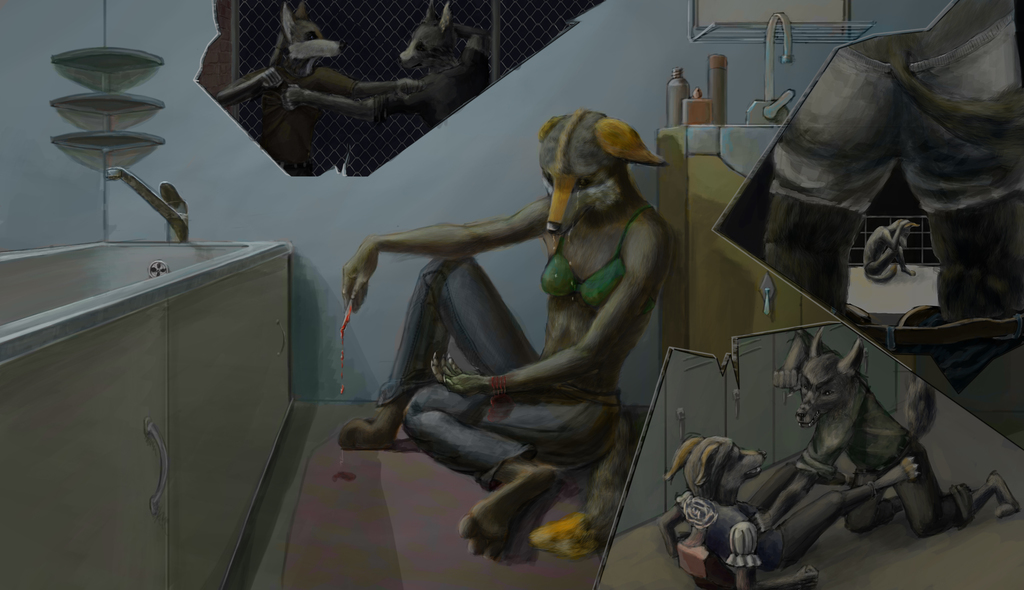 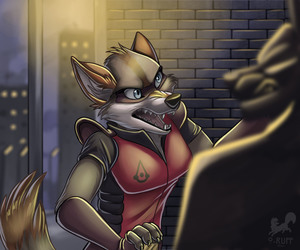 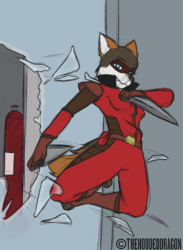 I Deserve This - By Strohmann

This was a very hard piece to commission, but one I felt was very important. Not just because it was important to Murana as a character, but important to me as a person. The title of the piece reflects the inner thoughts of one who truly believes that they deserve the punishment that comes to them - that somehow they were meant to be treated this way: to be abused, yelled at, molested and neglected. It manifests through life by aggression, anger, self-loathing, sexual deviancy and more - more often than not, can be believed to be justified as rightful punishment for what was done to them when they were children. Those who have not been abused may find this line of thinking absurd, but I assure you that it is real for many and their cries for help should not be ignored. What was done to these children, can perpetuate with their children when they grow up and have some of their own and the vicious cycle continues, leading to more pain, despair and sometimes suicide.

Murana is very much a broken character. She was abused, sexually molested, neglected and more - this produced a very vicious teenager and later an adult. Where she tried to break away from the cycle of abuse and lie to herself that she was better than the parents who birthed her, she became that which she hated most by burning alive the perpetrators of these horrendous acts. By lying to herself that she was doing good in the world by ridding these awful mammals from the face of the Earth, she had become no better a sadist than they. There was many a time where she could not bear the internal war raging within and the worthlessness of self that she tried many times to commit suicide. It was only by the adoption of her two sons, Steven and Max, the marrying of Anthony and later through her second husband, Ron, that she had a foundation with which to support herself and rise above the trappings of her past - at least to a degree that was manageable.

These sorts of hurts do not ever fully go away. I'm struggling with these same problems and thoughts of suicide myself - perpetrated not by my own parents, but by those in the schools I attended - the bullies and the school system that failed me and others from protecting us. To the parents who tried hard to understand and help, but could not and left us to our movies, books and video games to raise us and comfort us when no one else would. There are many forms of treatment that guide a child into adulthood broken and in shambles, many left crying in a bathroom with a knife at their wrists. This is not an issue to ignore and through this image, I'm sharing both my and Murana's deep grief and hurt. A hurt I'm sure many out there have felt and experienced. I commend Strohmann for accepting this commission, as difficult as it was, and giving it the gravity and respect it deserves. Thank you so much for this.

There are some lifelines out there for people in need:
For those troubled children and teens: https://troubledteenhelp.com/
For those who are thinking of suicide: https://suicidepreventionlifeline.org/
For those who were raped and molested: https://www.rainn.org/
Do not stand quiet, seek help from those who love you. For those who see the signs of these problems, do not stay silent, step forward and help.