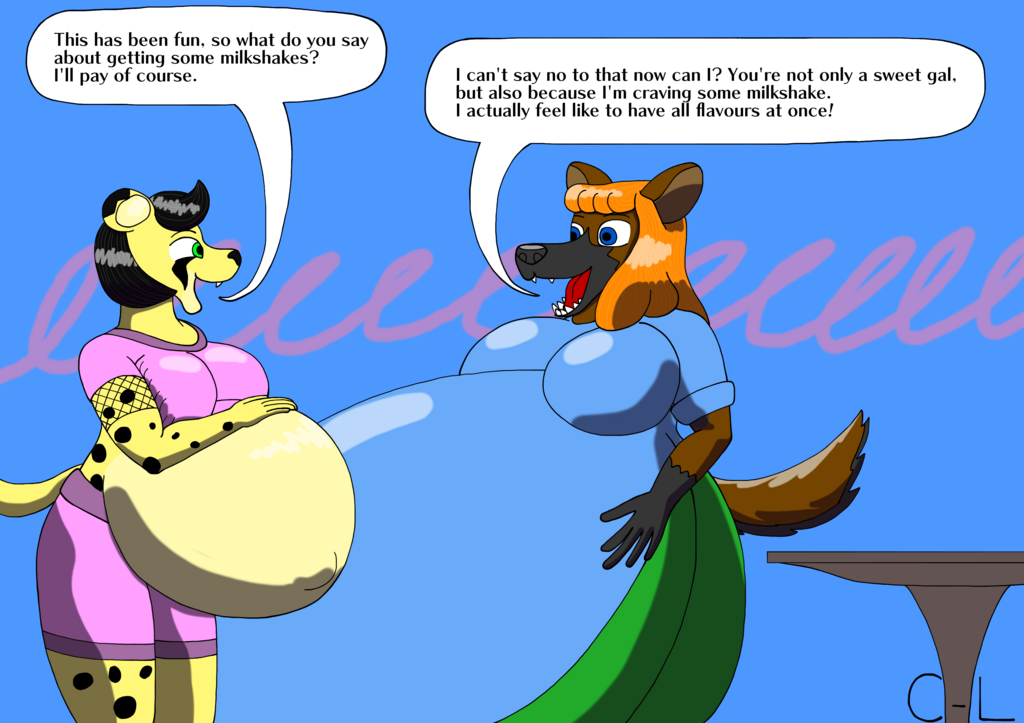 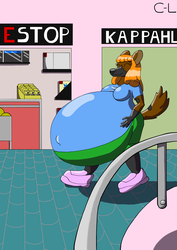 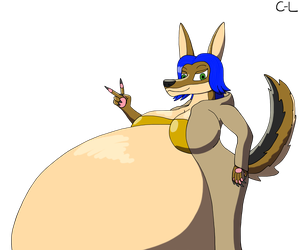 But as upcoming parents so have they been going to the same meetings to talk out about their experiences.

The young cheetah looked moody that day, so the large hyena came up to her. "How are you doing Check?" asked Daisy.

Check looked at her friend. "It's my pregnancy, people may tell me how beautiful I am, which there's nothing wrong with. But the problem is that they don't seem to realize how taxing it is to carry a litter of growing babies for months, not to talk about actually giving birth."

Daisy nudged her belly against Check's own belly. "I know what you mean. Some people seem to forget how difficult it is to be pregnant. I have problems getting through doors sometimes."

"And what about those times when you let your belly rest on a table? It feels really good for us, but other people doesn't seem to appreciate it for some reason, and then there are times when those tables are unable to carry anything." said Check.

"Oh, and then there's the fact that you get cravings for weird combinations of food, even for those you would normally never want like pickles. And I HATE pickles." said Daisy who's cheery demeanor slightly changed to annoyance.

"Can I be honest about the most annoying part about this all?" asked Check who looked worried.

Daisy nodded and Check sighed as she began to speak. "It's this wait for them to be born so that I can hold them in my arms. I understand that they need time to develop, but even though it's only supposed to take nine months so does it feel like I have been carrying them for several years." said Check.

"I agree, it's like we're in some kind of constant world where we're forever pregnant because that's apparently our character trait and that giving birth would change us too much." said Daisy.

The two expectant anthro women laughed due to the ridiculous, but meta conversation.

"This has been fun, so what do you say about getting some milkshakes? I'll pay of course." asked the now happy cheetah.

"I can't say no to that now can I? You're not only a sweet gal, but also because I'm craving some milkshake." said Daisy who is happy to make her younger friend smile. "I actually feel like to have all flavours at once!"

This drawing was posted earlier on my Patreon. Consider supporting me there to see my art earlier than everybody else or to make sure I can make some more art.

Of course, you should only do that if you're certain that you can.