A dance of peace by Cyborg-Lucario 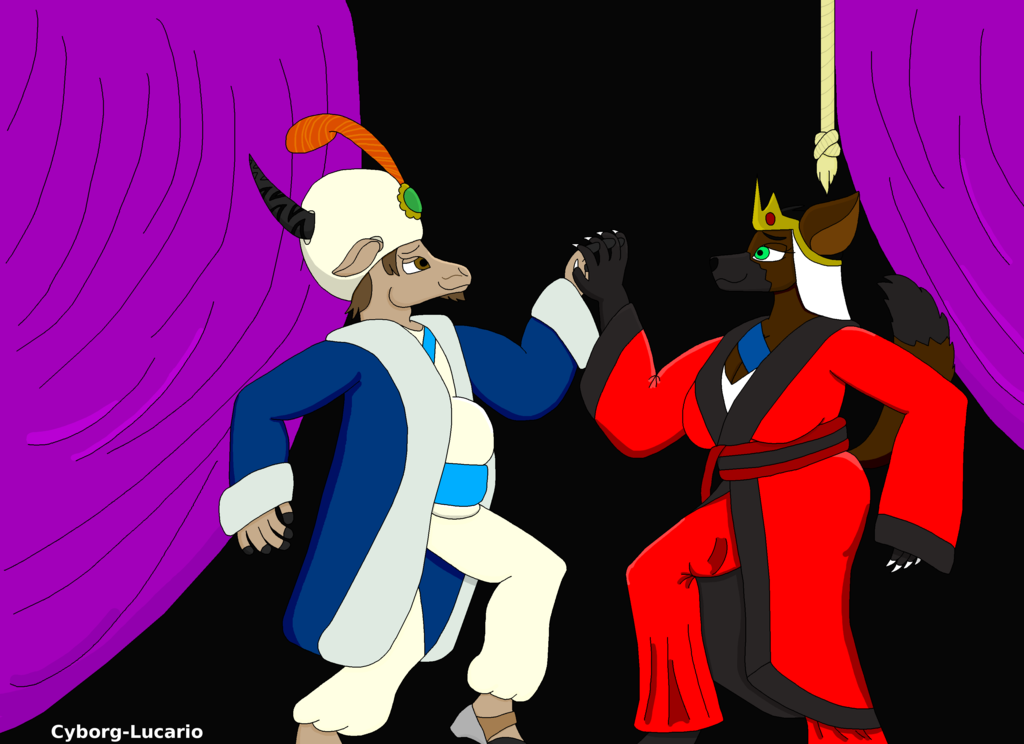 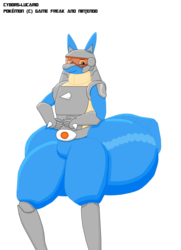 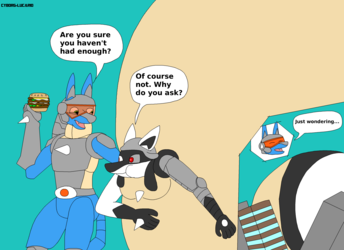 A dance of peace

Oh look, it's a picture of something based on my tabletop RPG. Man Tales of Three Countries, that was an eternity since I last did anything with it.

So a quick reminder. In this game you play as one of four races. The hyena people Shindoun, the gazelle people Maharaj, the lizard people Lizman, and the lion people Leux.

The two countries of Maharaj and Mahin and the races who inhabits those countries has been in a bloody feud with each others for what seems like a millenia.
But that would hopefully change as the ruler of the Maharaj kingdom, Maharaja Abdul Mustafa invited the empress of Mahin and the Shindoun race, Himiko Freya, for a peace meeting.

The two leaders were in the throne room where there also were politicians from both countries. The tension was high between everybody in the room, except for the two leaders whose tension were on a different level, that is, not of the hateful kind.
Unknown to most others so did Abdul and Freya first meet each others when they were young.

Apparently from what I gathered so did they start with petty fights which then turned into love when they grew older. But love between the different races, while not forbidden is seen as something problematic when it came to politics, so their love life was held a secret.

They both knew that even if it was for the best that they for the peace if they married, so would it cause problems among the people of both countries due to their differing cultures. So they had to come up with an idea that wouldn't seem too farfetched.

That's when it hit them! A gala! They would show off their dedication for peace through dancing. And even if they worried that this idea would get show down, so were they relieved when all the politicians, nobles, and generals agreed for the dance. (My suspicion was that they wanted an excuse for their children to meet up with each others to strengthen their bloodlines)

And fortunately for the two leaders so did the dance go well, and their dancing amazed everybody at the gala.
A senator said: "If two races can work together this excellently, then why should we keep fighting?"

The two leaders after the party went to the maharaja's room when nobody was looking. But before they got to do anything so did they notice that a girl got lost from her parents walking in to their room.
If they did anything while she was watching so could there be consequences, or at least awful rumours. So Freya took the child back to her parents while promising Abdul that they would find a way to make things work.

Months went by and both maharaj and shindoun enjoyed the peace that was and helped each others out.

Abdul was ready to go out on a trip to Freya's castle as he got a private message telling him that a wedding may be possible. But when he got to the border between the two countries so did he hear from the border guard that nobody was allowed to get through by order of the vizier. Abdul objected that he didn't need to follow the viziers order.
But the guard told him that the reason why he couldn't enter Mahin was due to the political conflicts that were building up after the empress died by an unknown disease or assassination.

Heartbroken, the once proud maharaja went home his heart pierced by the spear of loss of a loved one.
Some maharaj nobles would most certainly try to win him over by offering their daughters for marriage, but for him there were no one else who was as brave, as kind, as beautiful as Himiko Freya.