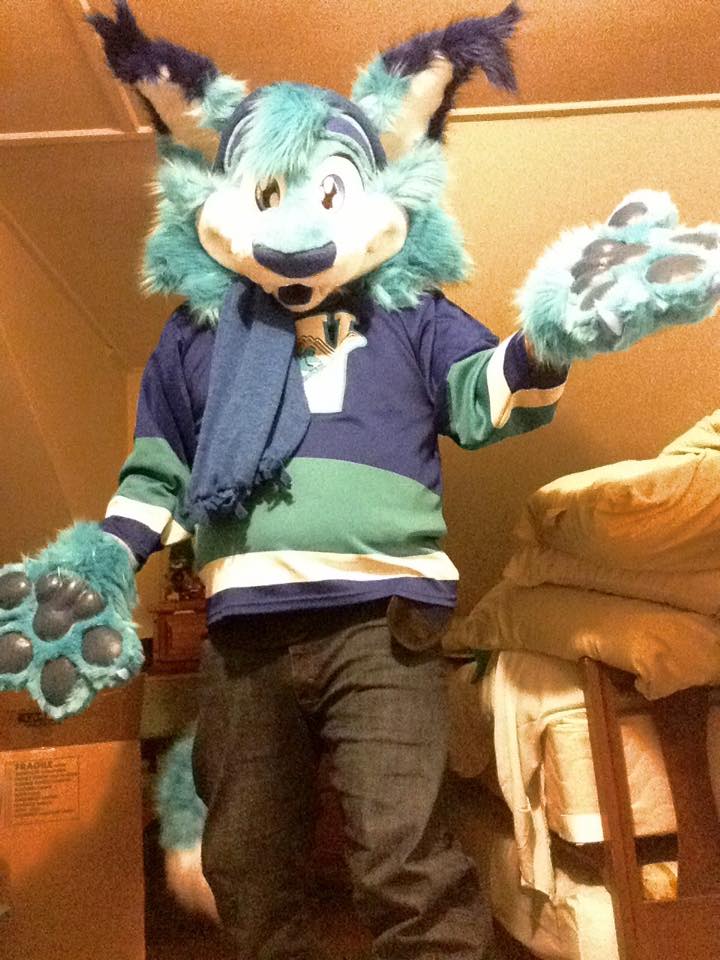 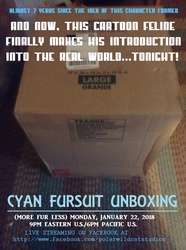 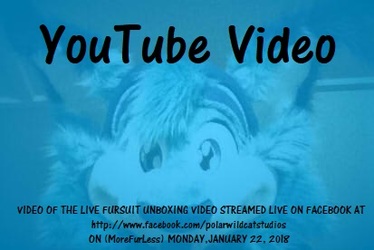 Cyan - From The Cartoon World To The Real World

It's the first Friday since the unboxing of the Cyan fursuit. That gives us the opportunity to post this pic of Cyan for his very first #FursuitFriday!

This partial suit was made by MoreFurLess. They worked on the wool hat, head, scarf, hand paws, feet paws, and tail that I'm wearing in this pic. The hockey jersey I have on is a Worcester Icecats jersey, a team based in Worcester, Massachusetts from 1994 to 2005. The team's mascot, Scratch was the inspiration behind Cyan.