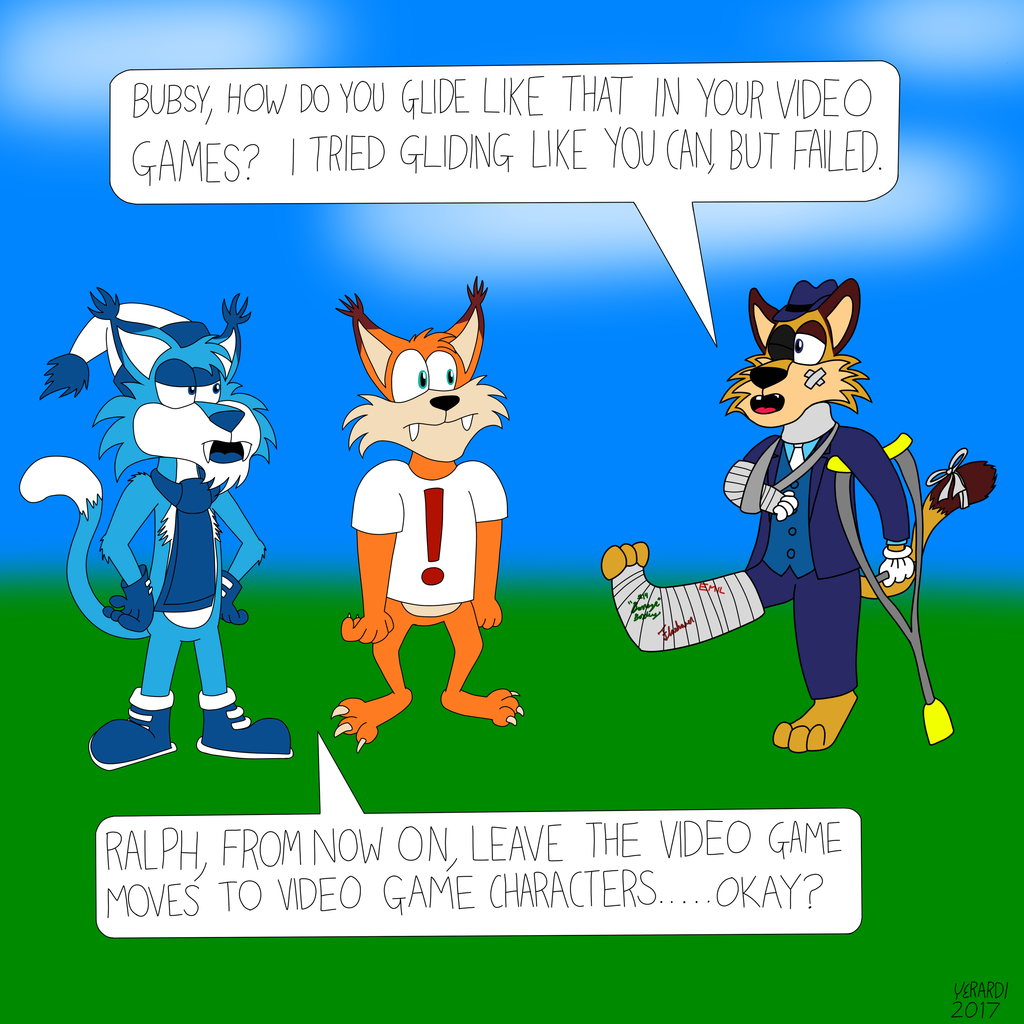 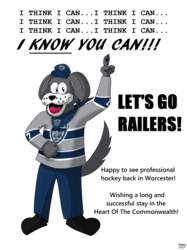 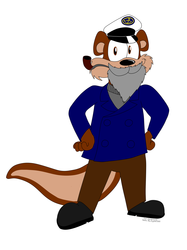 Making his way back to video game fame, after more than two decades since his previous game release, Bubsy The Bobcat is back! His new game, Bubsy: The Woolies Strike Back goes on sale this Halloween! In addition to Bubsy's return, today is Michael Berlyn's birthday! Mike is the creator of Bubsy, and I thought it'd be appropriate to post this pic in honor of both Bubsy's revival, and Mr. Berlyn's birthday.

Our Ralph Felino learns the hard way as to why video game moves are best left done by video game characters. Ralph tries to glide like how Bubsy does in his games, but winds up injuring himself. Good thing he's on Acmecare (health insurance for toons).
Here's to you, Mike! And best of luck to you, Bubsy, when your new game comes out!