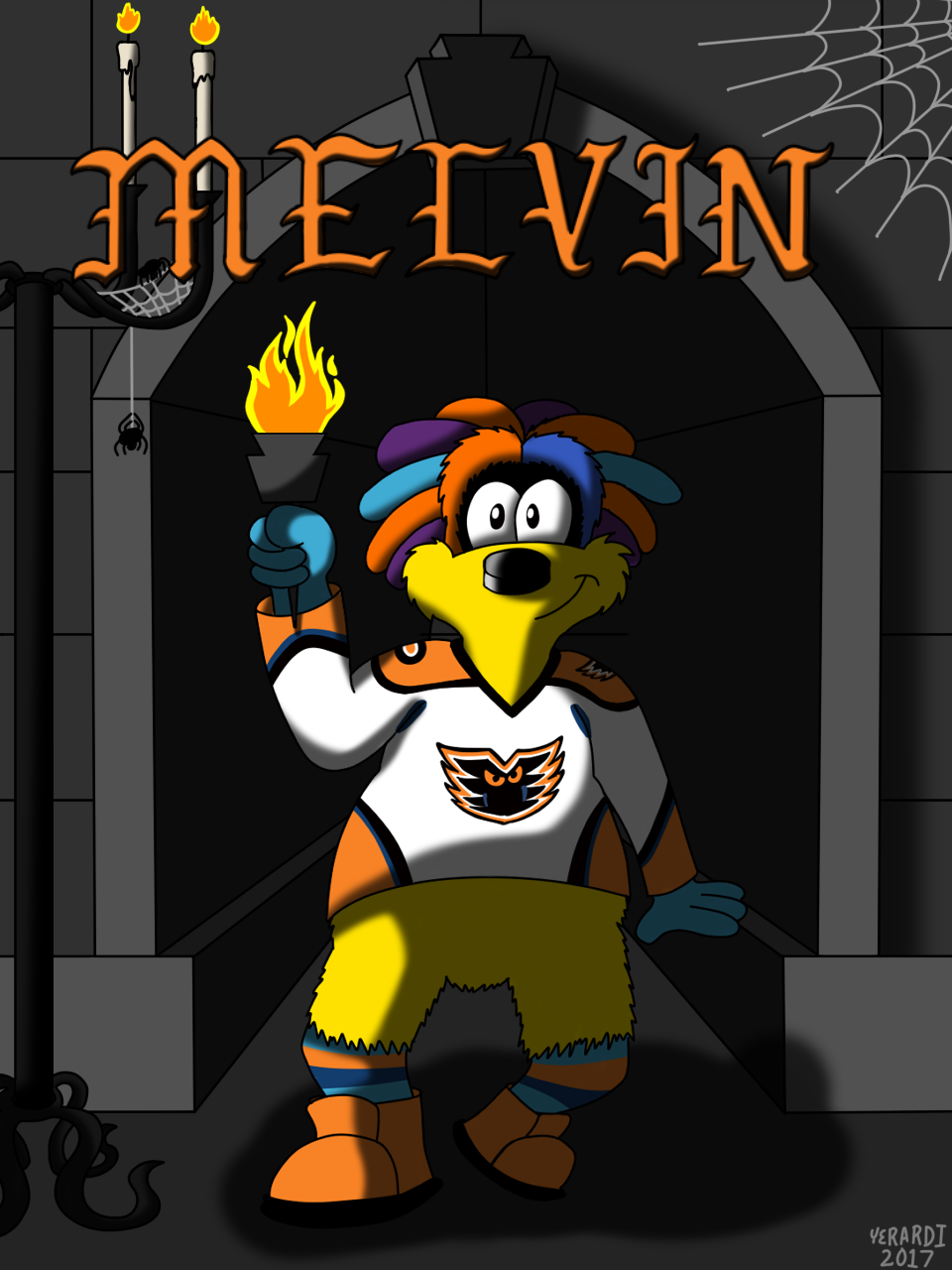 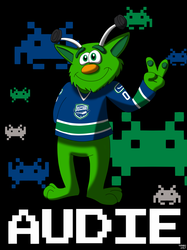 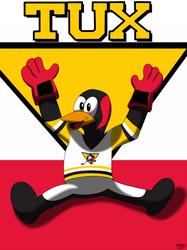 His team is called the "Lehigh Valley PHANTOMS". Sounds gloomy, doesn't it? The setting here is the PHANTOM'S Lair. Appears gloomy, doesn't it? This creature called a "puck-nosed pladottle" is all colorful and happy. That's not gloomy. "MeLVin" is presumed the last of his species, a species that was once more common in Pennsylvania's Lehigh Valley than it is now, but was declared extinct before MeLVin's discovery in 2014. I certainly hope Melvin doesn't feel lonely being the last of his species. MeLVin gets his name from the third and fourth letters in his name being the initials of Lehigh Valley.